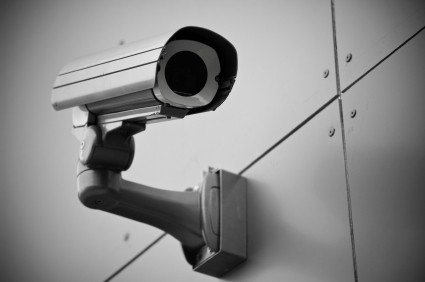 In 2002, Tom Cruze stared in the sci-fi action flick Minority Report. Cruze played a futuristic cop that had access to psychics that could predict crimes before they occurred. Once, thought to be only fiction, new computer and camera technology are combining to make crime-prediction a reality. The New American explains:

The United States continues its slow morphing into Big Brotherdom, this time through the use of cameras that predict crimes before they take place based on “suspicious” behavior. The cameras will then summon law enforcement to help pre-empt the crime from taking place.”

“’Using a range of in-built parameters of what is ‘normal’ the cameras then send a text message to a human guard to issue an alert-or call them.’ They can track up to 150 people at a time and will build up a “memory” of suspicious behavior to begin determining what is inappropriate.

BRS Labs, the company behind the camera, indicates that the cameras ‘have the capability to learn from what they observe.’

BRS Labs President John Frazzini said that the technology involves 11 patents that deal with the camera’s ability to learn.

They are also equipped with the technology to adjust for poor light or shaky imagery, and have a series of ‘trip wires’ that become activated and then alert a human supervisor. The footage is then sent over the Internet to employees with a text message summarizing the details.”

“The cameras have already been installed in prime tourist attractions, government buildings and military bases, and are now being prepared to be installed throughout the transportation system in San Francisco, including buses, trams, and subways.

According to the company, the cameras will eventually be placed in 12 San Francisco stations, 22 cameras per station, totaling nearly 300 cameras in all.

The San Francisco cameras include a special feature that turns the footage into code before they are analyzed.

Law enforcement agencies in Washington, D.C., have already been using similar technology that was developed by the University of Pennsylvania. They claim the technology can predict crimes before they are committed and who will commit them. That system is able to go through a database of crimes and use algorithms and different variables, including geography, criminal records, and ages to determine when, where, and how a crime is committed, and by whom.

According to the London Guardian, counterterrorism experts have been working on ways to develop advanced technologies that would spot potential terrorists before they strike for years.

IN 2007, the Guardian reported, “Scientists and engineers have been asked to devise ways of analyzing people’s behavior and physiology from afar, in the hope they may reveal clues about their mental state and even their future intentions.”

Project Hostile Intent, launched by the United States Department of Homeland Security, called upon security companies and government labs to build devices for the purposes of picking up signs of hostile intent.

Counterterrorism expert Anthony Richards at St. Andrews University raised some legitimate concerns about the program at the time. “There could be all kinds of reasons that might make people behave in certain ways that have nothing to do with terrorism. If you have heightened security and there are a lot of police around, it could be possible that you can feel and look guilty even when you haven’t done anything wrong.“