Taiwan is now exporting THIS commodity at record highs 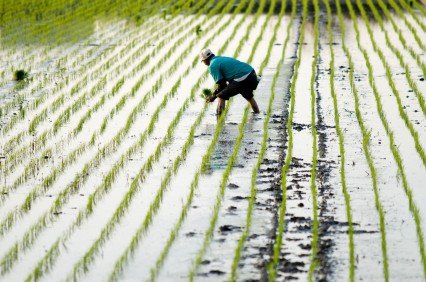 When people think ‘Made in Taiwan’ they typically envision Taiwan’s electronics industry and  manufactured exports. This however is rapidly changing as Taiwan’s rice exports have been making a significant resurgence in both the Japanese and mainland Chinese markets. The Asia Times reports on this economic shift in commodities and the causes behind it:

The door to both the mainland Chinese and Japanese market have been cracked open recently for Taiwan’s rice farmers. In Japan, fears over radiation contamination are making the infamously picky Japanese consumers desire foreign grain, while across the Taiwan Strait in mainland China, Taiwanese rice is starting to conquer the supermarket shelves for political reasons.

For the first time since 2002, when Taiwan joined the World Trade Organization (WTO) and thereby effectively sacrificed the domestic agricultural industry for the well-being of the high-tech ones, the island’s rice producers seem to be on the right side of history.

Although of the 9 million tonnes of rice sold in Japan in 2011 only 440 tonnes were imported from Taiwan for the grand some of US$298,000, the figure accounted for a record high, and according to the Taiwanese Council of Agriculture, in the first seven months of this year alone, Japanese grain traders have already procured 1,500 to 2,000 tonnes of rice from central and southern Taiwan.

If Tokyo would open the market wider for rice imports, there would thus be tremendous opportunities for Taiwanese farmers, according to Hu: “The contaminated area surrounding Fukushima is huge, and so will be the demand for high-quality organic Taiwanese rice.”