The new app that fights against police brutality 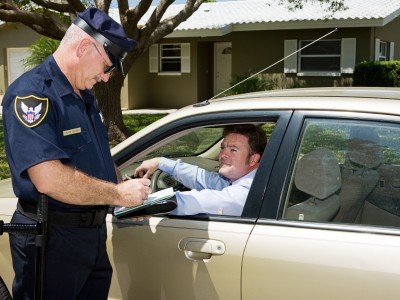 Police brutality and their persistent violation of citizens’ constitutional rights are not a new issue. However as technology advances, Big Brother now has more resources than ever to spy on us and invade our privacy. Many misconduct cases against police go no where because citizens rarely have the evidence for a conviction and it’s often their words versus an officer’s. World Net Weekly reports on a new Smart Phone application that will solve this problem by allowing users to secretly record their interactions with police:

Why record in secret? Because if a citizen openly records a cop’s particularly brutish stop-and-frisk or other unvarnished invasion of the Fourth Amendment, that person is very likely to be arrested in some states.

“There’s really only three buttons (on the Police Tape app) that the user needs to deal with,” says Alexander Shalom of the American Civil Liberties Union’s New Jersey office. “There’s a know your rights button that educates the citizen about their rights when encountering police on the street, in a car, in their home or when they’re going to be placed under arrest, and there’s a button to record audio and a button to record video.”

Adds CBS New York: “The app lets users record audio and video discreetly with a stealth mode that hides the fact that the recording is happening.”

The ACLU-NJ’s Shalom challenges us: “You can think back to when Rodney King was beaten at the hands of the LAPD. For years, we’ve watched the police on video and that’s led to reforms and police accountability, but now that cellphones and smartphones are becoming more ubiquitous, people have this ability to videotape.

“It really is a cutting-edge tool to ensure accountability in the 21st century.”

Imagine that! Citizens are using furtive methods to maintain their constitutional rights by proving that police are dismembering these freedoms!