This is the dot-com bubble 2.0 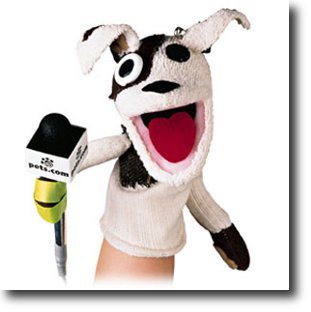 In 2000 the NASDAQ crashed as a result of a massive bubble caused by speculation in pioneer internet companies, most notably Pets.com. Many people lost their jobs and investments because of the gross over-speculation. Unfortunately we are currently experiencing a similar bubble in the valuation of I.P.O.’s. The New York Times reports on this phenomenon and what it means for investors:

A decade after the last technology bubble burst, the signs are everywhere that it is happening again.

Look at what’s happened to the highly publicized initial public offerings:Facebook’s value has declined $30 billion since its I.P.O., costing investors nearly half their investment. Zynga shares have plummeted. Groupon shares trade at such an extreme discount that there should be a Groupon for them. Pandora’s stock, once $17, has touched $7. Companies like Friendster and MySpace, meanwhile, toil in oblivion.

An aggressive approach to early-stage venture investing has led to a bubble in start-up financing. Financial analysts of these growth companies make a host of assumptions to project performance to justify outsize valuations.

As a consequence, promising young companies like Groupon and Zynga get overvalued. To support its I.P.O. valuation of nearly 100 times its earnings, Facebook would have to sustain an unrealistic growth rate. Even at its lower valuation, Facebook’s market capitalization is 12 times its revenue. Last week, Facebook reported respectable growth across all its important metrics: new users, active users, total advertising revenue and operating income. Yet, the vicissitudes of volatile markets caused its stock to decline 12 percent after its earnings announcement.