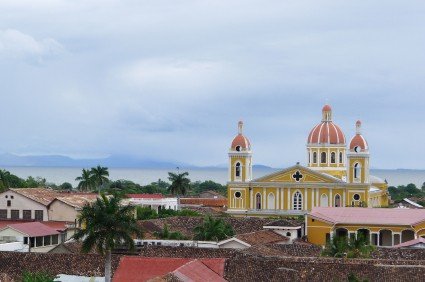 Many Latin American countries are on the brink of economic prevalence as many have been pushing for financial reforms. With Brazil, Chile, Argentina and Panama all making economic strides, investors are always wondering which Latin American country has the potential to be the next major global player. CNN reports on Nicaragua’s growing tourism industry along with their roadblocks to true economic reform:

Nicaragua has always had huge potential. Known as the “Land of Lakes and Volcanoes,” it has immense natural beauty and alluring colonial towns. It’s still very underdeveloped — the second poorest country in the hemisphere — and you can expect to experience power cuts and traffic jams behind horse carts on main highways.

Per capita income is barely more than $1,200 a year, so for a country like Nicaragua, tourism is actually the second largest industry — and an engine for lifting the population out of poverty. The latest figures for this year reveal an increase in visitors of 12% from 2011.

“The tourism industry of Nicaragua has been growing at an important rate in the last few years,” says Mario Salinas, the country’s Tourism Minister. “And it’s becoming one of the two or three top generators of foreign currency and employment for our country.”

But be careful. According to the U.S. State Department, property laws in Nicaragua are somewhat murky: “Establishing verifiable title history is often entangled in legalities relating to the expropriation of 28,000 properties by the revolutionary government in the 1980s.”

The State Department says this remains a key impediment to attracting greater foreign investment in the tourism industry, a claim Salinas obviously rejects.

“There are many international agreements that Nicaragua has signed with other countries to protect the safety of foreign investment,” he says. “We haven’t seen complications from 2007 until now and what could have happened is that the government may have verified a few properties to be completely sure of the origin of those properties.”

The Sandinista leader Daniel Ortega, once dismissed as a dinosaur, swept back into power in 2007 and has since been re-elected in an election condemned by international observers for its irregularities. Many may balk at the return of such a notorious figure, but the government says he is making tourism a priority and understands the conditions needed to attract visitors.