How to evaluate if your bank is safe, and what to do if it’s not 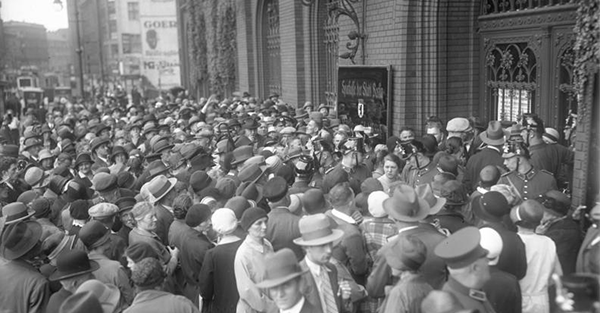 On the morning of September 19, 1873, an excited crowd of people gathered outside the Fourth National Bank in lower Manhattan.

It was a wet morning, yet the line continued to grow, stretching across Pine Street down Nassau Street as rain-soaked customers jostled with one another for position.

Some people were clever enough to sell their spots in line to customers who held large deposits at the bank.

The reason? No one thought the Fourth National Bank had money anymore… and they were all cramming in line trying to withdraw their cash before the bank shuttered.

Rumors were circulating that even the Pennsylvania Railroad had failed, and that Drexel, Morgan, & Co had closed down its London office.

A full-blown crisis was brewing, and it had unfolded in matter of days.

It wasn’t the first time the country had seen a panic like this. And it certainly wouldn’t be the last.

Thousands of banks failed throughout the 1890s, and another 300 in the first years of the 20th century.

Naturally the government stepped in to ‘fix’ the banking problem with new regulations; their bright idea was to allow banks to hold as little as 15% of their deposits in reserve.

In 1907 an even greater panic kicked off, taking down some of the largest banks in the country.

The circumstances of these crises are always different. But one of the common elements among all of them was a loss of confidence in banks.

People would realize that their bank wasn’t actually holding on to their money after all; or that the bank had taken their money and made stupid loans to bankrupt railroad companies on the other side of the country.

As long as people felt confident that their money was safe, the system functioned just fine. But as soon as there was any doubt, an epic crisis invariably ensued.

Candidly, not much has changed.

In more than a century, there has been practically ZERO evolution in banking. It’s the same con game, the same trickery as it’s always been.

Few people actually realize this. The banking propaganda is so deep that no one ever questions the financial sanctity of his/her bank.

We walk into these ornate buildings with fancy cornerstones to show off how old the bank is.

They conjure images of conservative men in suits scrutinizing every transaction and safeguarding customers’ capital.

They try to make us feel safe by telling us that everything is ‘insured by the government’.

But it turns out that most of this is just myth.

According to its own financial statements, the government which ultimately guarantees the whole banking system is itself insolvent.

The central bank that presides over the banking system is borderline insolvent, again, according to its own financial statements.

And as for the banks themselves, many of them are still poorly capitalized and highly illiquid.

JP Morgan and Citi, for example, both maintain fledgling cash reserves that are as little as 3% of total customer deposits. This isn’t exactly conservative.

Just as it was more than a century ago, modern banking is a confidence game; and the stability of entire banking systems is based on promises that cannot possibly be kept by insolvent counterparties.

Just as happened with Lehman Brothers back in 2008, or the entire Cypriot banking system last year, we could go to bed one night presuming that everything is fine, then wake up the next morning to reality.

Bottom line—you should not assume that your bank is safe. Let the data tell the truth. The numbers speak volumes.

In today’s podcast I’ll show you how to evaluate the safety of your bank as your financial custodian. It’s an incredibly important topic that everyone should pay attention to: