I pity anyone who holds funds in this banking system… 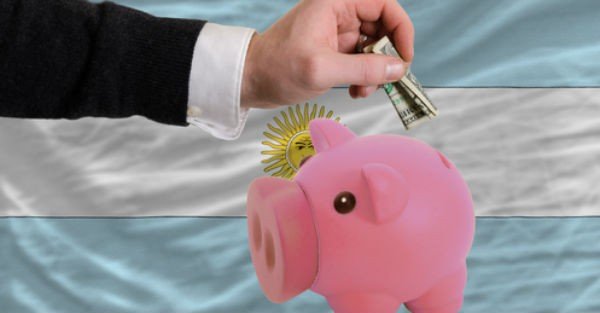 From the days of the Soviet Union, there’s a great story about a shoe factory that was under pressure by the political bosses to increase production.

The factory, however, didn’t have sufficient materials to meet the quota. Fearful of the consequences, they decided to increase their production of baby shoes, which required a tiny fraction of the materials.

Soon there was an all-out shortage of adult shoes and a great flood of baby shoes. But the politicians could announce that the factory had met its quota.

Argentina is one of the best examples of this in the world today.

Under pressure from a mountain of debt, excessive spending, and ridiculously unsustainable currency manipulation, the economy collapsed in December 2001.

It literally happened within a matter of days; Argentina went from suffering mild recession to a currency crisis, soaring inflation, looting, bank account confiscation, and rioters doing battle in the streets.

The coup de grace in all of this was a default on $90+ billion in debt at the end of that month, after which Argentina was shut out of global capital markets. Essentially the government hasn’t been able to borrow extensively from foreigners.

Rather than figure out how to live within its means, however, Argentina’s government has embarked on its own monetary folly. If they can’t borrow from the rest of the world, they’ll just print money.

Any central banker who hasn’t gone along with the government’s plan was fired. Any economist who published independent reports of the consequnt inflation was jailed.

As prices continued to spiral out of control (street inflation here is estimated to be as high as 37%), the government imposed price controls.

None of it’s working. With dwindling reserves, Argentina is desperate for cash. And if they don’t raise money soon, an even worse crisis will ensue. I pity anyone who holds funds in this banking system…

Curiously, many investors are now convinced that Argentina has ‘turned the corner’, simply because the government announced that they would start paying back some of their defaulted debt.

Duh. The only reason they’re doing this is because they’re desperate. Argentina is running out of cash, and they need another loan… yesterday.

So all they’re trying to do is convince foreign investors that they’re creditworthy once again.

Imagine if your neighbor were in this situation– he’s ran up his credit cards and defaulted on them, he already stiffed you on a loan you made to him, and he even hawked an old car he was supposed to be taking care of for a friend overseas.

Then one day he knocks on your door and gives you a tiny portion of the amount he owes you, followed by a request for a brand new loan.

Would you give him the money? Hell no!

But this is Argentina’s plan. And it’s genius, because investors seem to be buying it.

Just in the same way, the IMF has announced that Spain has also ‘turned the corner’, as if all the debts still on the books don’t matter.

And of course, the US has turned the corner. Nevermind that both the US government and the Federal Reserve are effectively insolvent. Or that last quarter’s annualized GDP growth was a whopping 0.1%.

Apparently meaningful growth and reform is irrelevant. All it takes to ‘turn the corner’ anymore is a hollow promise from deceitful politicians… and an investing sheeple that is willing to believe anything.