In case it weren’t completely obvious, this is why banking is a total scam 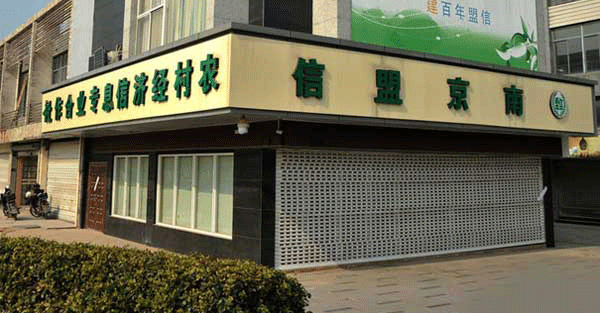 Last May, Mr. Wang from Hangzhou, China walked into a bank on Jiangpu Street in Nanjing, opened an account, and made a 12 million yuan deposit.

The bank was new, but it didn’t look different from any other bank that Mr. Wang had been to.

It had a giant vault, counters for the tellers, exchange and interest rates posted on the wall. And above all, it was very elegant.

But after a few weeks, Mr. Wang stopped receiving the interest he’d been promised.

When he tried to withdraw his money, the bank froze his deposit. So he went straight to the police.

Turns out that even though it had been operating for over a year, it wasn’t actually a licensed bank.

Apparently some people had simply renovated a building to give customers the impression that they were a real bank. But it was a total scam.

Some of the senior executives have since been arrested, and the story is now slowly leaking out to the Western world.

What I find particularly interesting about this story is that it reveals how people have been programmed to hand over our hard-earned savings to complete strangers, simply because we walk into a building and see a vault.

In this case the bank itself was a ‘fake’, i.e. it wasn’t sanctioned by the government.

Candidly, though, I find very little difference from government-licensed banks that recklessly gamble their customers’ money… or that are effectively insolvent to begin with.

It’s crazy to think that very few people ever conduct due diligence on their bank.

You wouldn’t just walk up and hand over your life savings to some bum on the street.

But put him in a suit standing in front of a vault and suddenly the air of legitimacy compels us to hand over everything to this complete stranger who has a track record of screwing his customers.

We’ve discussed this before. Many banks, particularly in the West, are highly illiquid and borderline insolvent.

You don’t even have to take my word for it. Go see for yourself.

Each quarter, most large banks publish their financial statements. And with a few simple calculations you will be able to see just how illiquid they really are.

Some of the largest banks in the west, for example, state in their financials that they only hold a small fraction (often less than 3%) of their customers’ deposits.

The rest is loaned out or gambled away. It’s not exactly a conservative practice.

Given that they actually publish these results, the banks themselves are telling anyone who’s paying attention that they’re very risky.

Fortunately for them there are very few people paying attention. People simply think that just because it’s a bank, it must be safe.

This Chinese bank happened to be fake. But again, when you look at the actual data, the “real” banks, particularly in the developed West, aren’t much safer.

Bottom line—banking is all about confidence. It’s imperative to have trust and reliability in credible, conservative, strong, transparent financial institutions.

Even if you don’t understand finance, one way to test your bank’s transparency is to ask them for their financial statements.

If they won’t do it, you should not only walk out the door, you should run. And be sure to take all of your money with you.

Handing your money to a stranger DEMANDS transparency. If they’re not willing to be transparent, that’s a bad sign.

As the people of Cyprus found out nearly two years ago, just because you can log on to your bank’s website and see an account balance printed on the screen doesn’t mean that the money is actually there.

For banks, your account balance is a liability– money they owe you. Think about that: your bank OWES you YOUR own money. Do they have it?

It’s a question worth asking. And a lot of the information is right there in the financials.

Just because there’s a vault in a building doesn’t mean that they’re good for it.

Trust and confidence are built by conducting serious due diligence and making calculated, informed decisions about the strangers that we’re dealing with.