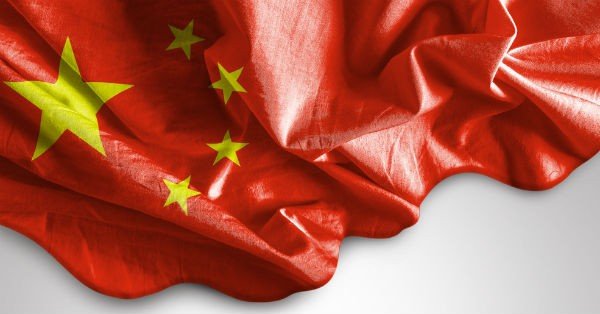 Thanks to tight government control of the Internet, launching a website in China is an intensely bureaucratic affair.

It takes much more than just buying a domain and hosting it.

In China, you first have to register your domain with your ID at the Ministry of Internet Communication.

Afterwards, IF you get approved, there are all sorts of protocols and censors who demand your compliance.

And of course, the moment you say something the state doesn’t like, they can take your site down instantly.

Whenever government bureaucracy gets as out of control as this, there is always an opportunity to provide faster, simpler, better alternatives.

And that’s exactly what Mr. Chan did.

Originally from China’s Shangdong province, Mr. Chan traveled to Cambodia where he set up a company to provide offshore web service to customers in China.

His company has flourished; he’s now one of the leading offshore hosting providers, and he is able to give his customers greater privacy that’s out of reach of state censors.

In addition to protecting his customers’ privacy, though, he also protects his own.

Mr. Chan has structured his business operations outside of China, plus he has registered the company in a jurisdiction where he can use nominee directors and shareholders.

In other words, he is not officially listed anywhere as a shareholder or company director.

Believe it or not, this is completely legal in many jurisdictions, including in the United States of America (aka the #1 offshore tax haven in the world).

Current law in many US states and other offshore jurisdictions allows the use of nominees (like attorneys) to put their names on company documents, thus masking who the real owners and directors are.

In addition to his business, Mr. Chan also banks overseas, holding his money in strong, well-capitalized, debt-free jurisdictions like Singapore that are outside of his government’s control.

He is also diversifying himself personally to ensure he is not reliant on a single government.

For example, Mr. Chan has spent the last several years as a resident of Cambodia. And since he has made qualifying investments and spent sufficient time in the country, he is months away from obtaining Cambodian citizenship.

He also recently came to Chile where my team began assisting him with obtaining residency there.

It’s a good thing that he started early.

You see, one of the things that Mr. Chan told us is that China is now following the US’s lead down the dark path of global taxation.

The timing is no accident as China is experiencing its lowest growth rates in 24 years, making the leadership increasingly anxious.

The enforcement of global taxation could have huge implications for Chan, but he’s not too worried.

Because the moment his Cambodian passport comes through he will simply renounce his Chinese one.

Mr. Chan knows that swapping passports won’t change who he is as a person. He won’t feel any less Chinese for doing so.

It’s amazing to see a culture that doesn’t have the same western emotional attachment to a government-issued piece of paper.

In China, people don’t conflate love of country with love of government.

Plus, prudence, preparation, and diversification are all deeply ingrained in the Chinese mindset.

This is why so many Chinese already bank abroad, have their businesses structured overseas, and have established residencies or second citizenships abroad.

They don’t fool themselves that their government is a benevolent force for the good.

Unlike their western counterparts, the Chinese actually know that they’re not free. And they do something about it.

They’ve learned that it makes all the sense in the world to be prepared and have alternative options.

This is what rational people do. They don’t reassure themselves that the government is going to fix it.

They take prudent steps that make sense no matter what happens.

Having some savings in a well-capitalized bank abroad, out of reach of your home government and dangerous gambling practices of your local banks, is incredibly wise.

Having another residency in a thriving place overseas where you enjoy spending time means that you always have an alternative if you need it.

All of these things can provide you with more safety and opportunity to prosper and be free, whether you are in China, Greece, or the United States of America.