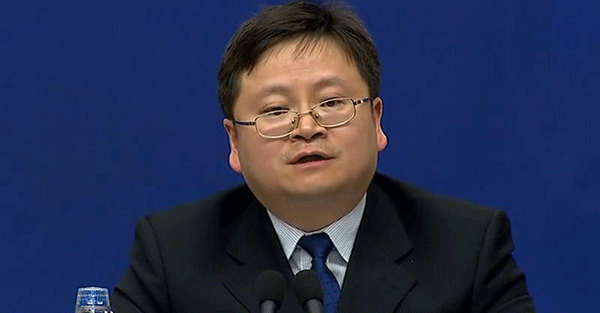 It’s not very often that you hear a senior government official refer to their economic situation using the word ‘crisis’.

And he would know.

Guan Tao oversees the foreign exchange of China’s $4 trillion stockpile of reserves, so he has an incredibly unique view of capital flows and currency movements in and out of the country.

Look at Greece, for example.

The government is bankrupt, another default is looming, and the country is literally about to run out of money. It’s pretty obvious that there’s been a problem for a very long time.

But the central bank data in Greece now shows that roughly 8% of all customer deposits have vanished from the Greek banking system so far this year.

Again, a currency movement like this doesn’t tell you that there’s a problem. All the other data can tell us that.

The currency movements out of the banking system tell us that the people of Greece have figured it out… that they’ve lost confidence in the system.

This is extremely important… because the entire global financial system is only held together by a very thin layer of confidence.

Everything about this system is fundamentally weak. And the only reason that people aren’t panicking is because no one else is panicking.

Like a very thin piece of glass, the tiniest chip can turn into a crack… and ultimately shatter the confidence in this system. That’s exactly what happened in 2008.

Major currency movement and capital flows tell us that people are starting to panic.

Mr. Tao informed the audience that the capital flight from China in December alone amounted to $20 billion, and that was just from official channels. The true amount could be four times greater.

This is significant for a number of reasons:

Tens of billions of dollars are fleeing China, which is arguably the largest economy in the world. This does not bode well at all for the global economy.

b) They’re admitting it.

Again, it’s ridiculously unusual for a senior government official, ESPECIALLY IN CHINA, to admit to an audience, “yeah, people are taking their money and getting the hell out of dodge.”

Such brutal honesty is certainly welcome. But it’s akin to career suicide.

c) If people are taking their money out of China, with all of its growth and savings, what does that say about other bankrupt nations?

Europe is a complete basket case and will likely go from bad (Greece) to worse (Italy).

Japan is a terminal failure, currently spending over 25% of its tax revenue just to pay interest.

And, perhaps just due to process of elimination, everyone seems to be looking to the United States as the beacon of growth and stability right now.

The US Federal Reserve on a mark-to-market basis is borderline insolvent. The US Federal government actually IS insolvent (based on their own financial statements).

The US banking system is EXTREMELY illiquid and has once again loaded up on risky loan packages (more on this in another letter).

How exactly is this safe?

It’s not. In fact, it’s downright ugly. And not even less ugly than the others.

Bottom line, there are very few safe places out there. Each of the governments has royally screwed up, and at this point, they’re all interconnected.

So it’s simply wishful (and foolish) thinking to simply presume that the US, with its $18 trillion debt level and nearly insolvent central bank, can somehow be ‘all good’ while other nations are hemorrhaging cash.

Be mindful of the risks in the system. Don’t hold everything in the illiquid banking systems of bankrupt countries.

These are important decisions: where you hold your savings matters. Seek out countries with low (or zero) debt that have well-capitalized, highly liquid banks.

And if you haven’t done so already, definitely consider trading in at least a portion of your paper currency for a real asset like gold and silver.