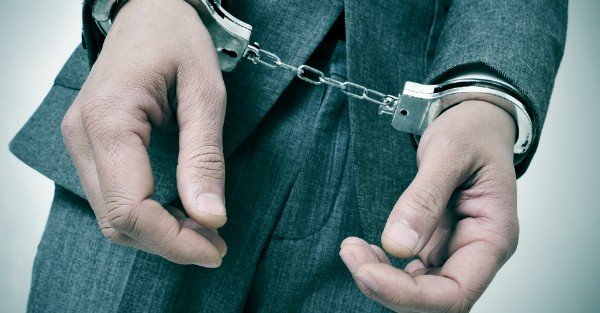 Even in Iceland, they put their banksters in jail.

How about in the Land of the Free? Has any banker ended up in jail? Actually, yes. More than you’d think.

Meet Christy Romero, SIGTARP. It’s a catchy acronym that stands for Special Inspector General for the Troubled Asset Relief Program– basically a watchdog to keep an eye the hundreds of banks who received hundreds of billions in taxpayer bailouts back in 2008.

(Six years into TARP, there’s still hundreds of billions of outstanding ‘loans’, including to certain divisions of Citi, JP Morgan, Wells Fargo, and Bank of America.)

And it’s Ms. Romero’s job to watch over them all, ensuring that taxpayer funds aren’t being used for fraudulent puposes.

It goes without saying that whenever the government hands out money which isn’t even theirs to begin with, the possibility for fraud goes sky high.

And that’s exactly what happened.

Over the last few years, SIGTARP has put over 100 senior bank executives in jail, each of whom was convicted of stealing from taxpayers.

* But here’s the thing– they’re all small-time crooks.

Gary Rickenbach, for example, was a former senior vice president at a small bank in Arkansas. He was indicted last month for falsifying documents to conceal a $1.5 million loss on the bank’s books.

Brian Bailey of Wilmington Trust Company was indicted recently for embezzling about $1.5 million through shady loans and lines of credit.

The trend here is pretty clear: these little guys who embezzled $1.5 million are all getting the book thrown at them.

But the big boys who nearly brought down the entire financial system are all still driving their Maseratis to the Hamptons.

Bottom line: if you’re going to steal, steal big. Petty thievery in the Land of the Free gets you incarcerated with violent felons. Epic thievery gets you a Congressional summons and a slap on the wrist.