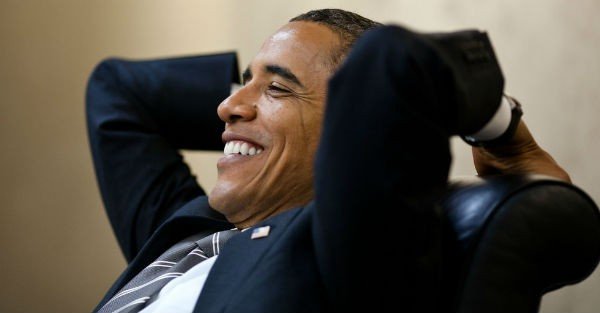 Ten dark suited men entered the premises of FBME bank in Cyprus on Friday afternoon and took it hostage.

It must have looked like a scene from the Matrix. And given the surrealism of how this conflict is escalating, maybe it was.

The men were from the Central Bank of Cyprus (CBC). And they commandeered FBME because an obscure agency within the US government recently issued a report accusing the bank of laundering money.

It just so happens that FBME… and Cyprus in general… is where a lot of wealthy Russians hold their vast fortunes.

Bear in mind, there has been no proof that any crime was committed. There was no court hearing. No charges were read. It wasn’t even the government of Cyprus who accused them of anything.

There was just a generic report penned by some bureaucrat 10,000 miles away.

Funny thing—when HSBC got caught red-handed laundering funds for a Mexican drug cartel last year, the US government gave them a slap on the wrist. HSBC got off with a fine.

Yet when the US government merely hints that FBME could be laundering money, the bank gets taken over at gunpoint.

Welcome to warfare in the 21st century. It’s not about battleships and ground troops anymore.

This time the adversaries are battling each other using what ultimately affects everyone: money.

And on this battlefield the US doesn’t really have many options.

So while the US is still running around and barking at others, it is quickly losing its capacity to bite.

Their only tactic is to haphazardly attack Russian interests wherever they can.

Imagine you’re Qatar. Or China. Or Kuwait. Or Singapore. Or anyone else who holds substantial amounts of US debt.

All of these countries understand the lesson loud and clear: when the US doesn’t like you, they will do everything they can to make your life difficult.

Does this inspire confidence? If you’re holding hundreds of billions of dollars of US Treasuries, does this really improve your level of trust in the US?

By terrorizing Russian interests, the Obama administration is begging the rest of the world to reconsider their misplaced trust in the United States.

All these foreign countries really have to do if they want to retaliate is start dumping their US Treasuries. Or simply stop rolling over when the notes mature.

That will cause catastrophic consequences in the United States. Interest rates will soar, inflation will kick in, and the government will be even closer to default than it already is.

Inexplicably, Mr. Obama is practically begging the world to do this. It’s tremendously arrogant.

It’s like the economic warfare equivalent of Napoleon pompously leading his overstretched, exhausted army into Russia.

And neither Napoleon nor Obama gave the slightest consideration to the big picture consequences.

At $17.6 trillion in debt, the US is trying to wage economic war without any ammunition. It’s not something that is going to work out well for them.

I’m off to Ukraine this weekend; stay tuned for further dispatches from the front lines.