Some hard numbers on the Western banking system 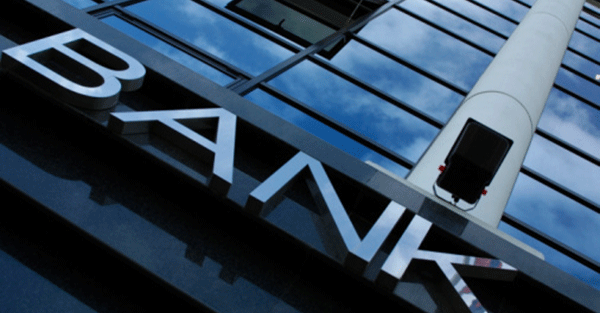 At our Offshore Tactics Workshop in Santiago three months ago, Jim Rickards (author of the acclaimed Currency Wars) told the audience of roughly 500 people– (paraphrased)

It’s a great metaphor for how our financial system works. The entire system is based on confidence. And as long as most people maintain this confidence, everything is fine.

This is the model right now across the system. And it’s especially pervasive in the banking system.

Modern banking is based on this ridiculous notion that banks don’t actually have to hang on to their customers’ funds.

Banks in the United States typically hold less than 10%, and even less than 5%, of their customers’ savings. This is particularly true among smaller regional banks.

As an example, BB&T bank is holding about $3.2 billion in cash equivalents on $131 billion in customer deposits. That’s a ratio of just 2.4%.

The rest of customer deposits are mostly invested in residential mortgage backed securities (similar to those which collapsed in 2008) and commercial loans. In fact, the bank’s loan portfolio exceeds total customer deposits. Not exactly the picture of financial health.

In the UK, the situation has become so absurd that British regulators are allowing some banks (Lloyds, Royal Bank of Scotland) to plug their gaping capital deficits with FUTURE earnings.

Now, I’m not trying to badmouth any particular bank here; these example are representative of the entire western financial system.

Yet few people give much thought to where they park their hard-earned savings. We’re deluded into believing that our bank is safe. It must be, after all. It’s a bank! And… it’s backed by the government!

Sure, never mind that the balance sheets of insurance funds and sovereign governments are in even worse shape.

That this system is still functioning at all is due almost entirely to confidence. There is no fundamental support propping it up. And a system built exclusively on confidence can unravel quickly.

This is why it’s so important to give a lot of thought to your financial partner. Do they have a fundamentally safe balance sheet? Or is it just smoke and mirrors?

If you’re not satisfied, find another bank. And you may have to look overseas at stronger jurisdictions.

Singapore is one place where I’m happy to park capital. OCBC for example, holds a whopping 38% of customer deposits in cash equivalents… ten times as much as many banks in the West.

Its total loan portfolio is far less than customer deposits. Total equity exceeds assets by a margin of 2:1. And it resides in a nation with effectively no net debt.

I’m not necessarily endorsing OCBC, but rather citing it as an example of what a healthy bank balance sheet is supposed to look like. Many banks in Singapore hold similar figures.

Bottom line, it matters where you hold your savings. Balance sheet fundamentals are critical.

And moving your hard-earned savings to a well-capitalized, highly liquid bank is one of those things that makes sense, no matter what.

If nothing happens, you won’t be worse off for it. Yet if the confidence game collapses, you’ll be one of the few left standing with your savings intact.

** PS– If you’re a US taxpayer with a foreign account, don’t forget to file your FBAR this week (TDF 90-22.1) due to the Treasury Department by June 30th.