The height of idiocy: US Government hijacks the whole Swiss banking system 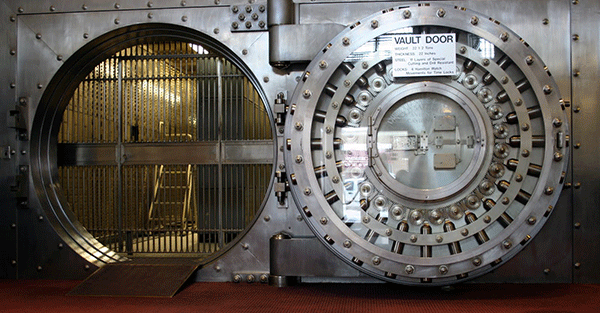 One of our Sovereign Confidential members just received a package from HSBC giving him and his wife a deadline to comply with FATCA—US’ global tax law.

As Canadians they’d long felt bad for Americans having to deal with the overbearing burden of FATCA. Never did they think it would affect them.

But suddenly they had just four weeks to prove that they were not US taxpayers, all because at one point they had purchased a service that gave them a US phone number.

And now they, as Canadian citizens and residents, have to submit a fully completed W8BEN IRS form, along with a government issued photo ID and a detailed letter of explanation to make it very clear that they were not in fact Americans.

It used to be that foreigners were vying to become US citizens, but today they’re begging not to be confused as one.

In aiming to make itself the warden of the world, the US government has become very comfortable with reaching beyond its borders.

Historically, the pursuit of global dominance involved taking over others’ territories with guns blazing. Today, there’s more finesse, but the intentions are the same.

FATCA, the new Manifest Destiny, is probably the most arrogant piece of legislation ever enacted, at least in modern times.

Assuming that the entire world should be subject to its own arcane and excessive tax legislation, FATCA requires foreign banks to sabotage their relationships with their clients and breach their own privacy standards to comply with the US government’s will.

This overreaching piece of legislation demands that they reveal the information of US citizens with accounts over $50,000.

Otherwise the banks will be frozen out of the US banking system and slapped with a 30% withholding tax—effectively killing their business.

Those that resist can even face criminal charges.

Which is what happened in 2009, when the IRS accused Swiss bank UBS of aiding tax evasion, imposing on it a $780 million fine. The fines have been piling up and increasing ever since, with Credit Suisse having to pony up $2.6 billion this year.

Thus, everyone is complying. They can’t afford not to.

With the Swiss banking system in particular in the crosshairs of US authorities, the Department of Justice “offered” a deal to Swiss banks to avoid prosecution before the end of last year, and over 100 Swiss banks rushed to take it before the December 31st deadline.

However, the actual terms of this deal didn’t come out until now. It turns out that, from its position of dominance, the US government is demanding “total cooperation” from Swiss banks.

This means an open, one-way flow of information of American account numbers, balances, names, addresses and identification numbers. In addition, they must reveal all cross-border activities and close the accounts of any Americans said to be evading taxes.

Doing otherwise, the banks are breaching the deal and thus immediately face prosecution.

This is the economic equivalent of a military occupation.

Between compliance documentation, and facing massive fines and potential criminal charges, it’s no mystery as to why foreign financial institutions are going out of their way to avoid US customers.

And increasingly they’re looking for alternatives to the whole system as well. If you’re a foreign bank that gets reminded constantly of the potential penalties, breaches and charges that you could face simply for doing business, it’s only prudent that you hedge your bets and look to minimize your exposure to the US dollar and the US banking system.

It really just isn’t worth it anymore.

The US thus just continues to shoot itself in the foot.