Why Singapore is the best place to store your gold 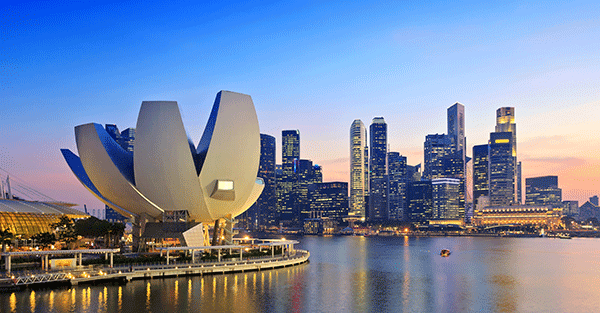 On May 15, 1855 one of the greatest gold robberies in history occurred.

Three British firms had arranged for some of their gold to be sent from London to Paris by ferry and train. The gold was stored in solidly built boxes secured within iron safes with two locks.

When the boxes were opened in Paris most of the gold was missing, having been replaced by lead shot.

In the investigations that followed, police in Britain and France made extensive searches and arrested hundreds of suspects for questioning but ultimately were unable to find any clues to lead them to the perpetrators.

The case was eventually solved a year later when one of the thieves turned in his co-conspirators after an inner dispute.

Arrests were made and in the end police were only able to recover £2,000 of the stolen gold.

The days of armed bandits robbing banks and riding off on horses has long passed but there are still threats to your savings that exist today.

Of course the biggest criminal gang you have to worry about is your own government.

When governments go bankrupt they often look for creative ways to raise revenue, and they’re getting more desperate by the minute.

At the height of the depression in 1933 Franklin Roosevelt banned private ownership of gold, forcing Americans to sell their gold at $20 an ounce and revaluing it at $35 a few weeks later, creating a nice profit for the government.

There’s little stopping the government from performing a similar act, as much of the public considers gold to be an archaic money instrument.

If you want to keep your gold safe it’s worth looking into other jurisdictions where the risk of gold confiscation is much lower.

Hands down the best country in the world to store your gold is Singapore.

Singapore is rapidly becoming THE place to invest and do business in Asia. Everything is just so much easier there. Regulation is minimal, corruption is among the lowest in the world, and the tax structure is very friendly to businesses and investors.

Gold throughout Asia is still highly valued at a cultural level and not seen as some archaic monetary instrument like it is by many in the West.

It’s quite common for people all across the region to store some of their savings in precious metals. Many people from countries like Vietnam, China, India, Malaysia, and Indonesia use storage facilities in Singapore.

Singapore is well connected, with cheap flights to other countries in the region and direct flights to many places in the world.

Getting your gold in and out of the country is easy to do as well. Gold and silver are viewed as commodities by the authorities, which means there are no reporting requirements.

While the idea of storing your gold thousands of miles away may seem strange, all the evidence shows that it’s a bad idea to store gold in your home country.

If your bankrupt Western government slides into insolvency and begins seizing assets or imposing capital controls, you’ll be the smartest guy the room for having physical gold and silver in Singapore.

Yet if nothing happens for now, you won’t be worse off for holding precious metals abroad.