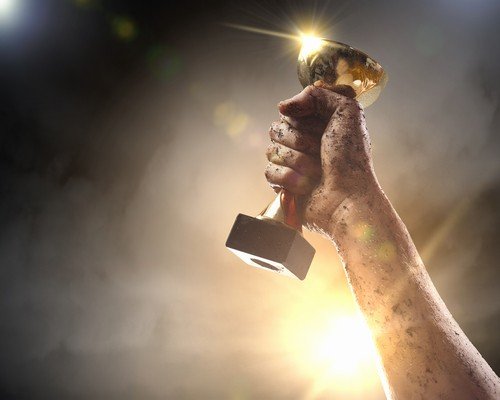 The “Ig Nobel Prize” is parody of the Noble Prize that is awarded every year for the most trivial scientific achievement. (‘ig’ is short for ‘ignoble’)

For example, the 2007 recipient for the ‘Ig Nobel Peace Prize’ went to the United States Air Force Wright Lab in Ohio, for proposing the development of a ‘gay bomb’ that could be dropped in hostile territory and make enemy troops sexually attracted to each other. Make love, not war?

(This actually happened. The proposal was part of a $7.5 million funding request in 1994 to develop non-lethal weapons, including one that would create “severe and lasting halitosis”, and “could be used on mixtures of enemy personnel and civilians.” Your tax dollars at work.)

So when I opened my email yesterday and saw the subject line: “Central Bank Governor of the Year”, I immediately presumed it was a similar satire. It wasn’t.

It’s bad enough that our modern society considers the hoodoo of economics to be “science”.

And that we award our most esteemed prizes for intellectual achievement to its master practitioners like Paul Krugman who tell us how bountiful our national wealth could be if we would only conjure more paper currency out of thin air.

These ‘scientists’ have managed to convince the entire world that it’s a good idea to award a tiny banking elite with supreme, totalitarian control over the money supply.

Frankly this idea is even dumber than the Air Force’s. And perhaps the framework of modern central banking will one day receive its own ‘Ig Nobel Prize’.

But for now, it’s taken very seriously. So seriously, in fact, that the Financial Times’ “Banker” intelligence service recently announced the aforementioned ‘Central Bank Governor of the Year’.

Nope, not Ben Bernanke. You see, while Mr. Bernanke has spent the last several years aggressively expanding the balance sheet of the US Federal Reserve, he has been handily out-printed by some of his peers.

No, this dubious honor goes to Haruhiko Kuroda of the Bank of Japan (BOJ).

He’s off to a hell of a start.

Since assuming office in March 2013, Mr. Kuroda has printed enough money to inflate his balance sheet by 35.5% in just 9-months. And the Japanese yen has plummeted along with it.

Despite obliterating his currency, the FT absurdly claims that Mr. Kuroda has “restored credibility to the Bank of Japan and inspired confidence in Japan’s economy.”

Bear in mind, the Japanese government is already in position where the NET government debt is over 140% of GDP.

And they’re spending a full 25% of its tax revenue just to make INTEREST PAYMENTS… at a time when interest rates are effectively ZERO.

If interest rates rise to just 1%, the Japanese government will go bankrupt. Yet this is exactly the direction that Mr. Kuroda is going.

His goal is to create inflation of at least 2%. But if inflation is 2%, who in his right mind would loan money to the government at 0.3%? You’d be losing money.

Interest rates will HAVE to rise. Investors will demand it. So Mr. Kuroda’s path will either bankrupt the Japanese government… or he will create a currency crisis by devaluing his currency to nothing.

It’s extraordinary how dire the situation is. Yet Mr. Kuroda is now considered by the grand wizards of the financial system to be the BEST IN THE WORLD. Incredible.