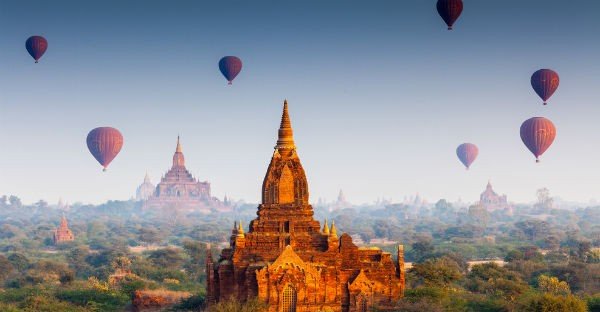 The other day, a friend of mine in Chile went to the bank to apply for a car loan.

But when they calculated her monthly payment, it came out to roughly $775, which works out to an interest rate of nearly 50%!

This is the state of consumer credit in Chile– interest rates can be prodigiously high. Yet for some, this is an opportunity.

Nico Shea, a famous Chilean entrepreneur who spoke at our workshop several months ago, started a peer-to-peer lending company called Cumplo to capitalize on this.

The model is simple; Cumplo matches investors with borrowers. So instead of borrowing from a bank, you can borrow from another individual who is seeking a higher rate of return.

Frankly, it’s what banking should be. Cumplo lets supply and demand dictate the price of money, as opposed to an elite oligarchy protected by the government.

And while this peer-to-peer lending model is everywhere in the US and Europe, it’s revolutionary in Chile.

This is one of the great things about doing business overseas.

If you’re in a ‘rich’ Western nation, any business idea you might have is probably already being done by multiple competitors.

But in rapidly developing countries, almost EVERYTHING is new. Often you just need to copy a successful model or business practice that’s working in the West.

Instead of having dozens of competitors from day 1, though, you’ll likely be the only one in your field. So it’s much easier to get started.

And that brings up another advantage to doing business overseas. Not only will you be able to corner the market right away, but you’ll also have plenty of latitude to make mistakes.

Failure is one of our most important teachers, especially in business.

But if you make a big mistake in an ultra-competitive environment like London or New York, you’re finished. If you make a mistake in Colombia or Myanmar, nobody’s going to notice… or care.

This environment of tolerance is really beneficial, especially for younger entrepreneurs who lack experience.

Third, it’s important to point out that starting a business overseas in a rapidly developing country will probably cost you a lot LESS.

Not to mention, your living costs will probably be lower as well… so you’ll be able to plow more of your earnings back into the business to invest in growth rather than paying the rent.

Last, they call these ‘rapidly developing’ countries for a reason; they’re growing leaps and bounds, and it’s seriously exciting.

Hundreds of millions of people around the world are being pulled up into the middle class, now able to afford things that they never have before. Especially here in Asia.

I was in Myanmar recently right when coffee was ‘discovered’. Almost overnight, tens of millions of people became crazy for it. But there was hardly a cappuccino machine in sight.

The opportunity is obvious. And it seems so simple, almost second nature to people from developed countries. Coffee. Duh.

People from developed countries have an entire lifetime of experience and exposure to successful business models and great ideas that are already working.

It doesn’t take a rocket scientist to apply these models to a rapidly developing market abroad. And for those who do, the opportunity to create substantial wealth and success is far more achievable than back home.