A hidden paradise with no income tax or property tax… 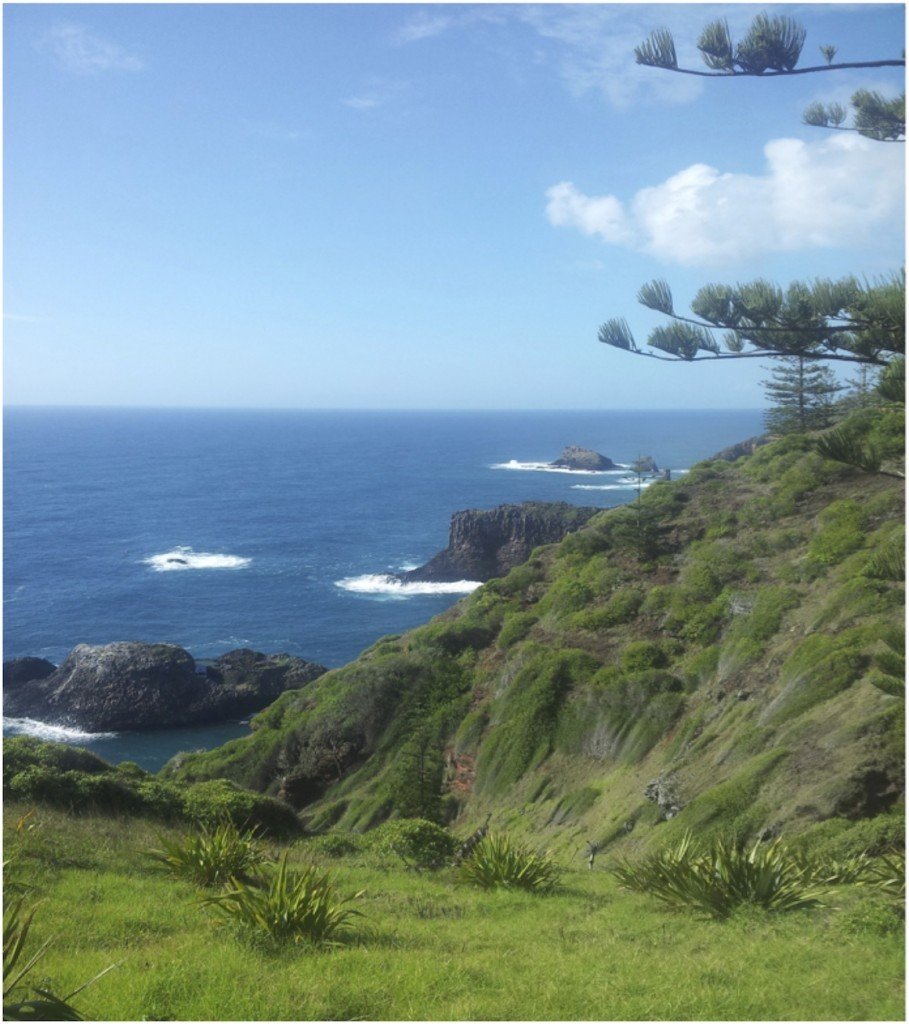 If you’re looking for a clean, safe, English-speaking tax haven, with a mild, maritime climate, and an advanced, Western lifestyle, Norfolk Island should be on your radar.

This unique external territory of Australia lies roughly 2 hours and 30 minutes’ flying time northeast of Sydney, and 1 hour and 50 minutes flying time northwest of Auckland.  It measures just 3 miles by 7 miles.  It’s lush; it’s green; and, the vistas are stunning.

It is legally part of Australia, and the island relies on Australia for defense and foreign policy.

But it makes its own immigration laws.  It has its own company law.  And, perhaps most interestingly, it’s not part of Australia’s extensive tax system.

Norfolk Island is the only place in the world I have ever been where there is no income tax, no company tax, no property tax, and no municipal taxes.  The only tax that currently applies on the island is a 12% goods and services tax (GST).

The air is some of the cleanest I’ve breathed anywhere in the world.  It’s never too hot, and never too cold.  Temperatures rarely drop below 12 degrees Celsius (54F) in winter, and rarely climb above 28C (82F) summer.

Most fruit and vegetables are grown locally, in the island’s rich volcanic soils.  The locally raised, grass-fed beef, lamb, and free-range chickens are all delicious.  Cattle roam freely all over the island.

Locals, I’m told, pay a fee to the government of A$70 per year for each cow, which is then allowed to graze on public land.  Each person is limited, however, to owning 5 or 6 beasts.

There is a well-regarded school on the island, and the local hospital can deal with routine health needs.  And for an annual insurance premium of A$800 (US$ 735), your comprehensive coverage includes evacuation to mainland Australia in case of catastrophic emergencies.

It’s also a very safe community with good, old-fashioned values.  Locals leave their houses and vehicles unlocked 24/7.  Some even leave the keys in the ignition.

At the pub nobody had any qualms leaving their wallets, purses and mobile phones lying unattended on the bar.

So, what’s the catch?  Why aren’t more people moving here? Besides being totally off the radar, it’s the economy.

Since the global financial crisis in 2008, Norfolk Island’s economy has shrunk by a massive 35% due mostly to the tourism slowdown.

The island’s airline, Norfolk Air, went bust.  And the remaining airlines only offer occasional service.  So fewer tourists are arriving.

Plus, the strong Australian dollar has made the island a costly destination for non-Australian visitors. And Australians are now vacationing more cheaply in Asia, Europe, and North America.

But in crisis there is always opportunity. And I’m seeing a lot of attractive, distressed assets for sale. It’s clearly a buyer’s market.

Another problem is that many Norfolk Islanders of working age are leaving the island to seek high-paying jobs in the mining industry on the mainland.

In fact, it’s estimated the island’s population has shrunk by a quarter recently. But things may just be beginning to turn around.

Other nationalities still have to apply for residency on Norfolk Island, and it is usually necessary to have a long-term work contract, or ownership of an operating business on the island to qualify.

For premium members, I will have much more to write about the Island, in terms of both residency and the many distressed assets I’ve seen, in the upcoming issue of Sovereign Man: Confidential.