Are you ready to be an unpaid government spy? 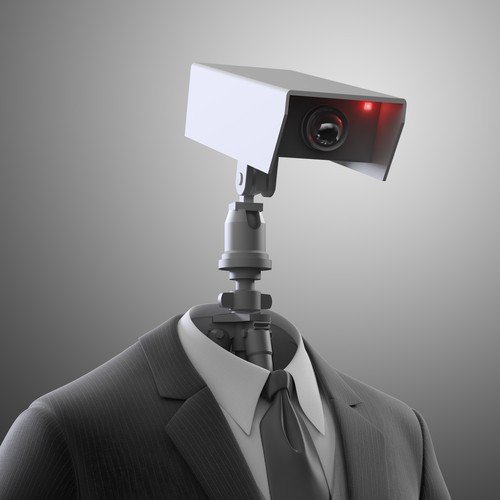 Apparently the IRS has fallen on hard times in light of all this government shutdown and sequestration nonsense. Too bad.

According to a recent report from the Treasury Department, ‘enforcement revenue’ at the IRS has fallen for the second straight year.

Enforcement revenue is what the IRS collects beyond normal tax returns; when an auditor goes out to your office, turns your books upside down, and hands you a tax bill for $25,000, they consider this enforcement revenue.

Tax enforcement is one of the only ‘money makers’ for the US government; according to the IRS, every dollar spent on tax enforcement generates six dollars in additional tax revenue.

This is an astounding return to say the least. And no doubt, one of the secrets to the IRS’s success in generating such a prodigious yield is the culture of fear they have developed.

Over the last four years, 9,504 individuals have been convicted for tax-related crimes. Over 70% of those are sentenced to an average of 44 months in federal prison.

This is an unparalleled intimidation tactic to scare everyone else into compliance. In fact, the Land of the Free is one of the few ‘civilized’ places on earth where tax issues become criminal matters.

Unfortunately for the IRS, though, the agency’s head count has been thinning. They no longer have enough people, and enforcement revenue has been declining.

Ordinarily the IRS supplements its ranks with legions of unpaid spies in the financial sector.

Banks and other financial institutions are required by law to rat out their customers by filing ‘suspicious activity reports (SARs)’.

Anything that a banker deems in his/her sole discretion to be ‘suspicious’ can be reported on a SAR. And these reports go straight to the federal government.

Over the years, the agency has aggressively expanded the requirements on who must file a SAR.

Initially it was just banks. Now everyone from brokers to casinos to Western Union agents are required to fill out SARs.

Starting July 1, 2014, though, the Foreign Account Tax Compliance Act (FATCA) will give the IRS a new addition in its ever-growing list of unpaid spies. You.

FATCA is one of the worst laws ever written. In addition to requiring yet more disclosures for US taxpayers who have foreign accounts, FATCA also mandates every foreign financial institution on the planet to share customer information with the IRS.

Obviously this is totally realistic.

But what most people don’t know is that FATCA contains an obscure, broadly-written provision that potentially turns every single US taxpayer into a government spy.

You see, the law decrees that if a foreign bank or business does NOT comply with FATCA requirements, then everyone else in the financial system must withhold a 30% penalty on any payment to that bank or business.

Of course, everyone is just supposed to know which foreigners are subject to withholding, and which aren’t. Again, totally realistic.

But the bigger problem is that the law very loosely defines who is responsible for making these withholdings.

According to the American Institute of Certified Public Accountants (which is THE authority for tax professionals in the US):

“U.S. taxpayers that have nothing to do with financial services will be required to collect, analyze, document, and report information regarding payments to both foreign financial institutions and nonfinancial foreign entities.”

“The FATCA definition of a withholding agent is drafted broadly, and it requires any person, acting in any capacity, having the control, receipt, custody, disposal, or payment of an item of income that is subject to FATCA withholding to have appropriate documentation.”

So… are you ready to be an unpaid government spy?