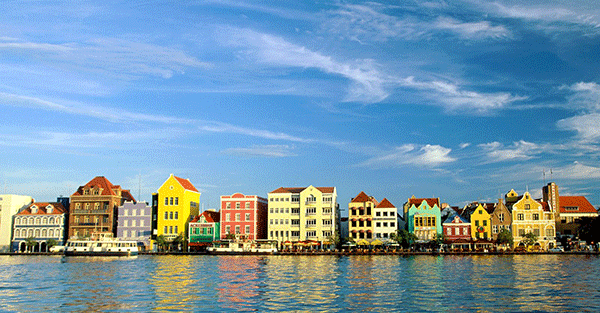 If you’re an Internet entrepreneur looking for the best country or jurisdiction to register a company for an online business, you definitely need to know about Curaçao.

This place is doing something incredibly unique: they’ve actually created a clear regulatory framework on specifically HOW Internet-based businesses and e-commerce companies should be taxed.

I’ll explain why this is so cutting-edge.

Most governments around the world are still living in the past… especially when it comes to taxation.

Look at the US, for example: the last major tax code revision was nearly three decades ago.

In 1986, the tax code established a clear set of rules defined by the brick-and-mortar way that business was done back then.

At the time, nobody had even heard of the Internet, let alone conceived of e-commerce.

Now everything has changed.

People are doing more and more of their shopping online, engaging in all sorts of commerce online, and even running their entire businesses digitally and through the cloud.

Internet entrepreneurs have employees on the other side of the world that they’ve never met.

Many sell digital products and services that aren’t ‘manufactured’ anywhere.

And they can establish different components of their business (from the location of their servers to where credit card transactions are processed) in different countries across the globe.

There’s very little in the current tax code that applies to any of this. As has so often been the case throughout history, technology has completely leapfrogged legislation.

Curiously, it was the tiny Caribbean island of Curaçao which became one of the first countries to bring its tax code into the 21st century. And their approach was incredibly unique.

Curaçao’s government realized that competition is stiff. In the 21st century, it’s nothing for a business to pick up and redomicile to a friendlier tax regime. It can happen almost instantly.

So right off the bat they knew they had to keep the tax rate extremely low and attractive.

They knew that ZERO was too low. Being a tax-free jurisdiction almost guarantees that you’ll end up on some OECD or IRS blacklist.

So the tax rate they set on corporate profits was 2%… something that wouldn’t qualify them as a tax haven, but would be low enough to be a rounding error for any reasonable entrepreneur.

More importantly, rather than being just another low-tax island, Curaçao also looked at ways it could actually provide value to 21st century businesses.

The answer was pretty clear: bandwidth.

The Internet businesses they hoped to attract all need bandwidth. So Curaçao invested in fiber to the point that its data centers now have among the fastest, most highly connected data centers in the region.

Internet here is very strong. So instead of just being a Curaçao company in name only, businesses can actually host their servers here as well.

This helps any Internet business justify WHY the company is based in Curaçao.

These are all huge distinctions from anywhere else in the region: (a) not being listed as a tax haven, and (b) actually having robust local services which support the business.

Bottom line, Curaçao is a very solid option to consider, and the government is really rolling out the red carpet for foreigners.

I’ve joined a small group here for the next couple of days to get more boots on the ground intelligence and contacts on the island; we’ve already heard directly from the Prime Minister, the Minister of Finance, and the head of the central bank—they are really eager to tell this story.