The #1 problem when owning gold 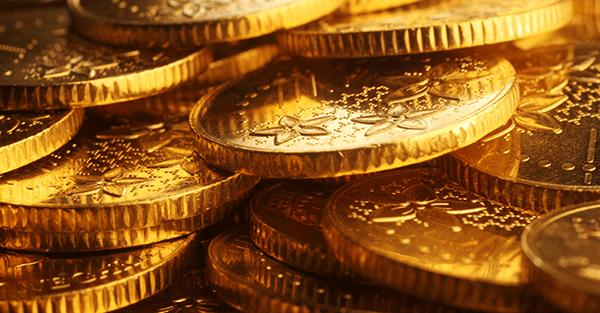 In official testimony before Congress in December 1912, just three months before his death, J.P. Morgan stated quite plainly:

“[Credit] is not the money itself. Money is gold, and nothing else.”

(the quote is almost Shakespearean in its unrhymed iambic pentameter…)

Of course, this testimony came only 253 days before H.R. 7837, better known as the Federal Reserve Act, was introduced on the floor of Congress.

The Federal Reserve Act went on to become law and pave the way for the perpetual fraud of fiat currency which underpins our modern financial system.

And if unbacked paper currency isn’t bad enough, we award dictatorial control of the money supply to a tiny handful of people, and then simply trust them to be good guys.

And given the speed with which they are printing currency and expanding credit, it’s a number that’s only going to increase.

Morgan was right. Credit is not money. The word credit comes from the Latin ‘credere’, which means ‘to believe or trust.’

And when it comes to maintaining the purchasing power of their currencies, these guys have an absolutely stellar long-term track record, completely unblemished by success. In short, they have given us no reason to trust them.

Owning gold is the same as voting against this system, turning your paper currency into something that they cannot inflate or conjure out of thin air.

Yet there’s one problem.

Governments, especially the bankrupt insolvent ones, have a long history of theft, deceit, and plunder. As we have discussed so many times before, confiscation and/or criminalization of gold is not exactly a zero-risk prospect.

So while it’s critical to own gold, it’s equally important to store it abroad in a safe, stable jurisdiction outside of your home country.

One option if you have the means is to fly overseas and personally deposit your gold in a private, secure storage facility like Das Safe in Vienna or Cisco Certis in Singapore.

In general, it is perfectly legitimate to travel with precious metals. If you’re entering, leaving, or transiting through the US, be sure to file FinCEN form 105 if the FACE VALUE of your gold exceeds $10,000.

For example, as a US 1-ounce gold Eagle has a face value of $50, you would need to file the form if you’re carrying more than 200 Eagles (not including any additional cash/currency you happen to be carrying).

Canada, the UK, and continental Europe have similar rules in their own currencies.

If you don’t want to carry gold, both Singapore and Austria are full of options to purchase bullion, tax-free. In Austria, most banks sell Austrian Philharmonic coins– a 24 karat coin struck in 999.9 fineness that’s recognized around the world.

In Singapore, it’s also easy to buy gold at many banks, particularly the main branch of UOB downtown. Or if you prefer, you can stop in Hong Kong along the way and buy your gold there– Hong Kong banks consistently have ultra-low gold premiums.

It’s also worth mentioning that if you are a US taxpayer, foreign safety deposit boxes where you have ultimate custody of your metal are currently non-reportable to Uncle Sam.

So not only can you make a giant vote against the financial system, you can also regain some privacy.