One of the biggest financial mistakes anyone can avoid in 2021 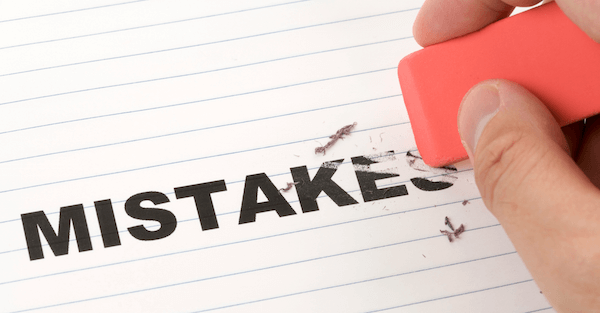 We don’t know what the near future will hold. Discover why proper estate planning is essential in 2021.

I’ve been thinking a lot about death lately…

A very good friend of mine, who is also an executive at the agricultural company I founded here in Chile, was in a terrible accident with his family.

We’re very fortunate today because it looks like everybody is out of the danger zone.

There were some intense moments as this played out. And it led to the inevitable discussion with next of kin.

I realized these people were still in shock as they had to start thinking about what’s next.

And it was at that moment that I realized they were totally unprepared for what was going to happen.

This year, we’ve been talking a lot about avoidable mistakes. I’ve been writing about this so much because I’ve been thinking about it so much, mostly because of this unfortunate event.

It’s difficult to even think about it. But we’re all going to die. There’s no escaping it.

So it makes sense to be prepared. But in reality, most people just aren’t.

Whether it’s because we don’t want to think about it, or we just prioritize other things, most people don’t have any plans for what happens if (or really, when) they die.

But if we don’t take care of this now, when the moment actually comes, the consequences for the loved ones you leave behind are severe.

You’re talking about potentially losing enormous sums of money and causing your loved ones lots of pain and hardships.

Maybe you have a multi-million dollar baseball card collection stuffed in a safety-deposit box (or gold coins)… And if nobody knows they exist, they’ll disappear when you’re gone.

You also have to worry about the state, which can feast itself on your assets.

They will chase you into your death to tax you even then. You are no longer on this earth, but the government will still tax you.

The new tax plan in the US doubled the estate tax exemption from $5.5 million for individuals and $11 million for couples to $11 million and $22 million, respectively. So, on a federal level, it won’t affect many people (though I’m sure some of you will still qualify).

But at the state level within the US, estate and inheritance tax thresholds for inheritance tax can kick in at much lower levels (sometimes only a couple hundred dollars).

Other jurisdictions, including some US states, have rules called “forced heirship.” They force you to bequeath certain assets to heirs of the state’s choosing, not your own.

Louisiana, for example, has forced heirship rules. Let’s say you live in Louisiana and you’ve had a falling out with your family and you decide to bequeath your wealth to a single charity. The state can step in and say “no, we won’t allow that.”

It gives you a sense of how the government views you…

It’s not actually your property. They just let you use it until you pass on. And when you die, they carve it up as they see fit and take whatever they feel is their fair share.

Chile, where I am now, also has forced heirship.

If you ignore estate planning, you’ll also saddle your loved ones with probate – a painful legal process. When there are real assets up for grabs, you can face lengthy legal proceedings and fights.

So, if you ignore this important issue, you could end up paying huge taxes, having your property taken away from you (or your heirs) and subject your loved ones to lots of legal battles and costs.

But it’s one of the most easily avoidable mistakes ever.

There are some simple steps you can take, right now, to prevent this from happening.

The risk of faulty planning isn’t even a true risk… risk only occurs when there’s uncertainty involved.

But there’s 100% certainty that this will happen to all of us. So it’s smart to make the appropriate plans.

I like to think of estate planning in four pieces. But today, we’ll only discuss one of those – Knowledge.

A lot of what we discuss with having a Plan B involves holding various assets offshore. And some of these may not be very public assets, like an anonymous safety deposit box somewhere. But if your family or loved ones (or some appointee) doesn’t know these assets exist (like our baseball card example from earlier), those assets will disappear when you’re gone.

Did you know most jurisdictions have dormant bank account rules?

This means if an account has zero activity for some period of time, the bank is legally obligated to declare the account dormant. And if a certain period of time passes without the account being unfrozen (sometimes it’s only a matter of months), then all the contents of the account passes to the state.

But it’s an easy fix… just make a list.

Once a year, make a list of all your assets, account numbers, etc. And put all of that data into a centralized place. Include any points of contact (like brokers or lawyers) and any login info your family will need to access these accounts.

Here are some of the assets you should include:

Just by listing these assets and telling your family about them, you can avoid a massive, financial mistake in the case of your untimely passing.

It’s an uncomfortable conversation to have. But take advantage of the new year to get started.