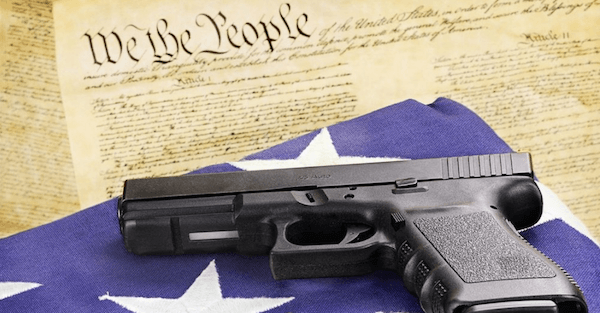 On the morning of May 18, 1927 in Bath Township, Michigan, a 55-year old municipal worker named Andrew Kehoe used a timed detonator to set off a bomb he had planted at the local school.

Kehoe was Treasurer of the School Board, so he had unfettered access to the school.

According to friends and neighbors, he was having personal issues with his wife (who he had murdered days prior) and extreme financial difficulties. He was also severely disgruntled about having lost a local election the previous autumn.

Whatever his reasons, Kehoe took out his rage on the 38 schoolchildren he killed that day.

It remains the deadliest attack on a school in US history.

Sadly, it wasn’t the first– there were numerous reports of school shootings throughout the 1800s and before.

And as we all know too well, it wouldn’t be the last.

Last week’s shooting in Florida is another tragic stain in the pages of US history. And it’s completely understandable that emotions are running high now.

People are demanding action. They want their government to “do something.”

The problem, of course, is what we’ve been talking about so far this year in our daily conversations: emotional decisions tend to be bad decisions– and that includes public policy.

And that certainly sounds reasonable. Who could possibly be against common sense?

[As an aside, I do wonder why “common sense” is only reserved for the gun control debate. Why doesn’t anyone demand common sense airport security? Or a common sense federal budget?]

But it’s never quite so simple.

Many of these “common sense” solutions are emotional reactions.

As an example, the Florida shooter in last week’s tragedy is only 19 years old. So now one of the proposals being tossed around is to have a minimum age limit to be able to purchase a firearm.

I suppose if the shooter happened to have been 70 years old, people would be talking about having a maximum age limit instead.

Yet neither of these “common sense solutions” really solves the problem.

A big part of this is because no one really knows what’s causing the problem to begin with.

We know that there are far too many people committing acts of violence in schools and other public places.

And, sure, a lot of the time they use firearms. But we’re also seeing murderous rampages with cement trucks, U-Hauls, and everyday appliances like pressure cookers.

Any of these can be turned into a weapon of mass destruction.

But the debate only focuses on firearms.

One side presupposes that more regulations and fewer guns will make everyone safer.

The other side of the debate, of course, argues that more guns and fewer regulations will make everyone safer.

The reality is that there’s no clear evidence that either side is correct.

Australia is often held up as an example of a nation that passed strict gun laws (including confiscation) in 1996 following several mass shootings.

And yes, gun violence dropped precipitously. Australia now has one of the lowest murder rates in the world.

But contrast that with Serbia, for example, which is the #2 country in the world in terms of guns per capita (the US is #1).

Serbia has a strong gun culture and fairly liberal laws. Yet its gun violence rate is incredibly low, on par with Australia’s.

There are plenty of examples in the world of places that passed strict gun laws, and violence decreased (Colombia).

The point is that you can look at the data 10,000 different ways and never really find a clear correlation. So there HAS to be something else going on.

Is it cultural? Perhaps.

Japan, for example, has extremely strict firearms laws. You can’t even own a sword without special permission.

And Japan, of course, has very limited gun violence. But this is not a violent culture to begin with.

You probably recall back in 2011 after the devastating earthquake and tsunami, Japanese people sat quietly outside of their collapsed homes and waited for authorities. No looting. No pillaging.

Contrast that with the city of Philadelphia earlier this month, where people were out rioting, looting, and setting property on fire… simply because their football team won the Super Bowl.

Perhaps there’s something about the US that has people so tightly wound they dive into violence at the first opportunity.

Maybe it’s all the medication people take. Or the crap in their food. Who knows. But it’s worth exploring the actual SOURCE of the problem rather than treating a symptom.

The larger issue, though, is that this “common sense” mantra is tied exclusively to LAWS.

Guess what? There are already laws, rules, regulations, and procedures on the books. They’re not working.

In the November 2017 mass shooting in Sutherland Springs, Texas, the shooter was able to purchase weapons because the Air Force erroneously failed to record his military court-martial.

And with the Florida shooting, the FBI had the suspect on a silver platter and did nothing.

It’s clear that the laws on the books aren’t being properly implemented. Yet the solution people want is MORE LAWS.

How about better execution? How about applying that all-important “common sense” to the way laws are carried out?

This is conspicuously missing from the debate.

There’s almost no conversation about what’s actually CAUSING the violence.

Instead, people are focused on a manifestation of that problem (guns) and demanding more laws to control that symptom even though the existing laws are being pitifully executed.

This is a pretty horrendous way to solve a problem.

[We discuss this more in today’s podcast, along with plenty of other extremely uncomfortable realities. Listen in here.]