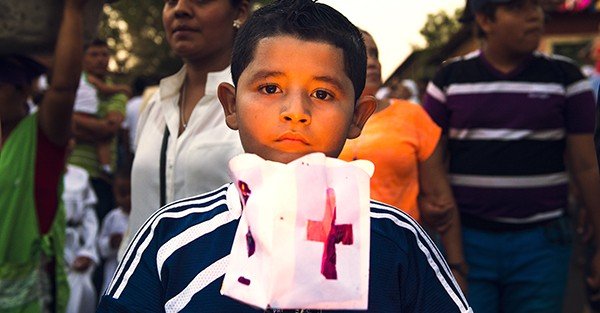 Podcast Episode #65
Why is this country so poor?

“What is it about this place that makes it so poor?”

It was a simple question posed to me by a friend as we walked the streets of Managua, Nicaragua earlier this week.

Nicaragua is a lovely place. But it’s poor. Very poor. It’s the least developed economy in Central America… and that’s saying something.

But it’s worth considering: what makes an economy like Nicaragua so poor? And what makes others so wealthy?

Having traveled to nearly 120 countries, I’ve seen the full range of rich and poor nations. And I’ll tell you, it has nothing to do with natural resources or anything like that.

I often have meetings with senior ministers and government officials around the world who tell me all about the amazing resources they have in their country.

“We have so much forestry land,” or, “Our bauxite reserves are among the highest in the world…”

Irrelevant. Venezuela has incredible oil reserves. Yet they’ve been living in poverty for years.

(Now that oil prices are down the Venezuelan government has had to declare every single Friday a holiday because they can’t afford to keep the lights on.)

Ukraine has some of the most exceptional farmland on the planet. But the country is totally broke.

150 years ago, Hong Kong was a tiny village of illiterate fisherman.

50 years ago in Singapore they used to defecate in the streets, and visitors would have to step over rivers of feces in the downtown area.

25 years ago Estonia was still part of the crumbling Soviet Union.

None of those places has any resources to speak of. But they’ve become among the wealthiest in the world.

What’s the difference between Hong Kong and Ukraine? Singapore and Venezuela? Estonia and Nicaragua?

One of the things I’ve learned in my travels over the years is that wealthy nations do have some common characteristics.

I’m not trying to say that people in poor countries don’t work hard. Far from it.

The point is that if working hard and saving money are strong CULTURAL values (which tends to be the case in Asia), a country is going to do better.

Second, wealthy nations have much better institutions. The rule of law is strong. Private property rights are strong. Corruption is limited. Regulation is sensible. Taxation is reasonable and efficient.

It’s simple; no one wants to do business in a corrupt dictatorship.

Bad institutions drive away foreign investors. And as capital is one of the critical components of economic growth, choking off external investment suffocates an economy.

Last (and most importantly), wealthy nations have an “inclusive” economy.

This means that people aren’t medieval serfs toiling away for the establishment. If someone develops skills, works hard, and takes risks, they’ve got a good chance of moving up the socioeconomic food chain.

Economists call this “income mobility”. In the United States it’s known as the “American Dream”.

Yet all three of these factors are starting to disappear in the US… and in the West in general.

But these traits are rapidly vanishing, displaced by a culture that values instant gratification, consumer debt, and government handouts.

The institutions are faltering as well. Rule of Law is less predictable, with the government changing the rules in its sole discretion whenever it likes.

They pass new rules every day governing everything from what you can/cannot put in your own body, to how you are allowed to raise your own child, with much of it enforced at gunpoint.

And through an official form of theft known as Civil Asset Forfeiture, government agencies now steal more private property from people than all the thieves and burglars in the country combined.

This is banana republic stuff.

Most of all, though, it’s the economic structure that’s eroding.

The inclusive economy of America is vanishing. It’s becoming ‘extractive,’ meaning that the system is designed for the benefit of the establishment and rigged against the individual.

You can see this most notably in finance; central bankers have held interest rates down to practically zero for eight years in order to bail out large banks and the federal government.

Yet in doing so, they have decimated the prospects for retirees, responsible savers, and most of all, young people.

It’s no wonder that the Middle Class no longer comprises the largest segment of the US population, according to Pew Research.

Larry Fink, CEO of Blackrock (the largest asset management firm in the world) said that a typical 35-year old will now need to set aside 3x as much money for retirement as his/her parents did, simply because interest rates are so low.

And William Dudley, President of the Federal Reserve Bank of NY (and one of the most important Fed officials) recently remarked how the US is falling behind in terms of income mobility.

“The chance of achieving the American Dream,” he told his audience, “is not the highest for children born in America.”

That’s a pretty amazing statement, and it highlights how obvious (and important) these trends are.

Let’s explore this further in today’s podcast, as we discuss why this trend is really a massive opportunity in disguise to break away from convention and live a life with much greater freedom and prosperity.

Podcast Episode #65
Why is this country so poor?