This guy has eight passports 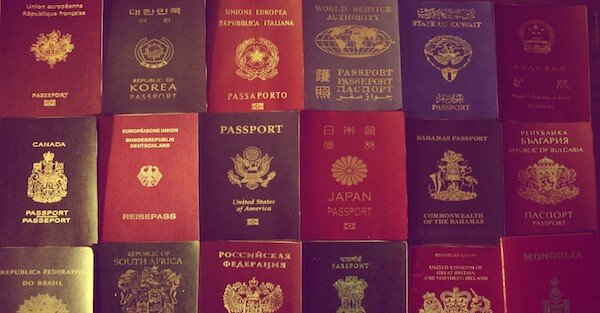 [Editor’s Note: As we’re coming up on the end of the year, we thought it would be appropriate to republish some of our most popular articles from 2017. Today’s was originally published on March 28]

A few weeks ago I caught wind of a guy who has citizenships from eight different countries.

Let’s be honest– that’s probably way too many. But the concept of acquiring multiple nationalities is completely sound.

If you have one nationality, it means that a single government has total control over your life, your finances, your business, and your personal affairs.

It means that you’re chained to the consequences of that single government’s decisions, no matter how destructive, no matter whether or not your agree.

If they decide to provoke another shooting war and impose a draft… or levy debilitating taxes… or print so much money that the consequent inflation causes social unrest… then you have little recourse.

But if that day ever comes when you smell smoke, you’ll thank your lucky stars that you’re covered.

Having another citizenship means that if the worst ever happens in your home country, you’ll always have a place to go where you and your family are welcome to live, work, study, invest, and do business in peace and safety.

But it seems risky to bet everything on hope, especially when there are so many substantial risks looming.

We often discuss the pending insolvency of some of the world’s most important central banks, as well as the outright bankruptcy of nearly every major western government.

History shows that countries in this position almost invariably experience severe problems as a result of their excessive debts and irresponsibility.

And it would be terribly foolish to simply ‘hope’ that repeating these same mistakes will somehow result in zero consequences.

Having a second passport doesn’t mean that you’re crazy, pessimistic, or even unpatriotic.

It’s just a sensible thing to do.

Worst case, even if you never actually need the ‘insurance policy’ of having another nationality, a second passport will provide additional options for visa-free travel and international business.

For example, US citizens who want to travel to Brazil need to obtain a visa in advance.

But citizens from dozens of other countries, from Argentina to Belgium, do not.

Being a citizen of certain countries (like Mexico, for example) entitles you to own certain property or start special businesses.

Again, maybe you wouldn’t ever use these benefits. But it’s hard to imagine you’ll be worse off for having additional options.

More importantly, remember that a second passport can often extend to your family as well.

So even if you don’t see yourself traveling or doing business or buying property abroad, your children and grandchildren might want to do so.

Obtaining a second passport will provide those same options and benefits to them. It’s a perpetual gift that you can give to future generations of your family.

So how does one actually obtain a second passport?

Well, you can pay for one.

St. Kitts, Dominica, Antigua, Cyprus, Malta, Grenada, etc. all have formal programs which grant citizenship to foreigners in exchange for a large investment or donation.

These can cost anywhere from $100,000+ to more than $2 million… which is a LOT to spend on an insurance policy for most people.

Fortunately there are easier (and cheaper) ways.

The simplest and most cost effective way to obtain another passport, by far, is to go back to your family tree.

If you have parents or even grandparents from places like Ireland, Poland, Italy, Lithuania, and literally dozens of other places around the world, you may be able to apply for citizenship.

If you think you might qualify, the best place to start is with the local consulate nearest you.

Call and ask them– they’ll be able to walk you through the process and documentation requirements.

If you’re not part of the lucky bloodline club, no worries, there are still other options.

Plenty of countries around the world allow foreigners to become naturalized citizens after a certain period of time as a legal resident in the country.

Panama is a great example; after five years of legal residency, foreigners qualify to apply for naturalization and citizenship.

This doesn’t mean you actually need to move overseas (but trust me, it can be an amazing experience if you do.)

Many countries, including Panama, have favorable legislation where you can still be considered a legal resident and eventually qualify to apply for naturalized citizenship without actually living there.

This is an incredibly easy option– all it takes is time and patience.

As a final option, if you’re planning on having children, you might consider heading overseas for the birth.

Most countries in the Western Hemisphere award instant citizenship to any child born in their territory.

This includes the United States, Canada, Mexico, and just about every country in Latin America.

I flew some of my relatives to Chile a few years ago for this reason– their child was born in Santiago and will be able to enjoy the additional options and benefits of Chilean nationality for life.

There are very few things within our power that have such a lasting, multi-generational impact.

Citizenship is one of the most important.