Getting Serbian Citizenship By Descent in 2022 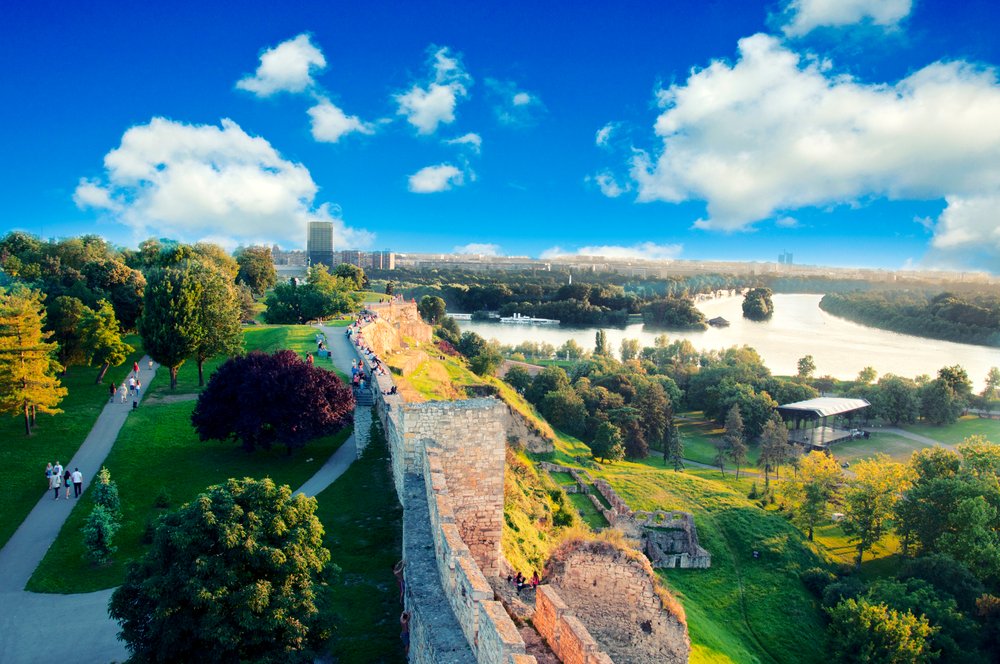 Are you even “vaguely Serbian”? You could qualify for a second passport in 2022…

With a diaspora of around 5 million people worldwide, more people have Serbian roots than one would think. And if you have Serbian parents, grandparents, or even earlier ancestors, you could be eligible for a Serbian passport in 2022…

Getting Serbian Citizenship By Descent in 2022

Serbia is one of the six countries (seven with Kosovo) that came into existence after the breakup of the Socialist Federal Republic of Yugoslavia.

And while Yugoslavia was once under the patronage of the Soviet Union, it later distanced itself from its larger brother. It offered a much greater deal of freedom to its citizens, including the freedom to leave the country.

As a result, in the 1950s and 1960s, many Yugoslavs, including hundreds of thousands of Serbs, left the country in search of a better life abroad. Primarily, these emigrants went to Western Europe — Germany, Austria, and France — but also to the USA and Canada.

In fact, it was estimated that between 1-1.2 million people of Serbian descent lived in North America by as early as 2008.

But many of them have lost their Serbian citizenship along the way.

The good news is that going into 2022, descendants of Serbian emigrants have the opportunity to claim back their long-lost native citizenship.

If you are of Serbian descent, you should pay close attention. While Serbia is not part of the EU or the Schengen Area, it offers a dynamic economy, inexpensive living, and all the amenities you could want.

Moreover, its passport, which scores a solid B+ grading in the Sovereign Research Passport Index, offers the bearer visa-free access to 123 countries, including China, Russia, Japan, the Schengen Area, and Turkey.

The country’s ancestry program at a glance

According to the Serbian Citizenship Law, you become a Serbian citizen by origin if:

If you were born abroad to only one Serbian parent, you can still become a citizen, but there will be an extra step to take — before you turn 23, you need to register as a citizen of Serbia in one of its overseas consulates.

Article 18 states that if you descend from a Serbian citizen directly, you are eligible for Serbian citizenship even if your ancestor left Serbia many decades ago.

According to the law, your Serbian ancestor must have left Serbia for good and settled permanently in a foreign country (such as the United States).

According to our contact on the ground, there is no limit on the number of generations you can go back, as long as you can prove that your ancestor indeed was Serbian, and that you are their direct descendant.

In practice, finding the proper documents may be challenging if your ancestor left Serbia before the 20th century. Just like in most neighboring countries, record keeping was poor back then.

Of course, it doesn’t mean that you (or your lawyer in Serbia) shouldn’t try anyway, even if your great-great-grandfather left Belgrade for New York in 1880. You could always get lucky.

NOTE: Be sure to join Sovereign Confidential if you’d like to learn more about the exact process steps and documentation required for Serbia’s ancestry program.

Inside, you can gain access to our series of in-depth Sovereign Confidential Black Papers covering all of the top European Citizenship By Ancestry programs in detail. And you can also gain access to our rolodex of vetted legal suppliers in each country covered.

The following documents are required in order to apply for Serbian citizenship by descent:

You may also need to provide additional documents, depending on your situation. For example, if you were born outside of Serbia and have never lived there, you may need a copy of your parents’ marriage certificate or birth certificate in addition to the above documents.

So what happens next?

When you have all the required documents ready, you must submit them at your nearest Serbian consulate. Alternatively, your attorney in Serbia can submit the package for you directly in Belgrade.

Our contact on the ground has helped several clients from North America obtain citizenship by ancestry and told us that the application process was surprisingly quick.

In the case of Americans and Canadians, it usually takes 3-4 months.

Reportedly, the Serbian government tends to make the process very quick for citizens of Western countries only. Thus, a Turkish citizen with Serbian ancestry will likely see their application spend years in the reviewal process without any resolution.

After a positive resolution, it will still take a few months for the government to register you as a citizen in their system. When this is done, you can simply apply for a Serbian passport at any Serbian consulate.

As a plus, there is no need to renounce your current citizenship(s) when you obtain citizenship through ancestry in Serbia.

That’s different from when you become a Serbian through standard naturalization (after living in Serbia for eight years). In this case, Serbia would want you to renounce.

As for your kids, they will also be able to claim their citizenship since they are now descendants of a Serbian citizen (you).

And very generously, our attorney on the ground tells us that Serbia also allows your spouse to apply for Serbian citizenship after you become a citizen yourself, without having to live in the country.

That’s exceptional; so far, we have only seen a handful of countries with Citizenship By Ancestry programs do that. And your spouse will not need to renounce their citizenship either…

Getting a Serbian Passport

Serbian passports are issued to citizens of the Republic of Serbia by the Ministry of Internal Affairs, and they are valid for 10 years.

There are two ways you can apply for a Serbian passport: By Descent and by Naturalization.

If you have a parent or grandparent who was born in Serbia, you are eligible to apply for a passport by descent. You will need to provide proof of your ancestry, such as birth certificates and marriage records. If you don’t have any ancestors from Serbia but would like to gain citizenship there anyway, you can apply for citizenship by naturalization.

To apply for citizenship by naturalization, you must have lived in Serbia for at least three years and have a clean criminal record. You must also be able to prove that you are financially self-sufficient in Serbia.

The application process takes 30 days from the date of admission. But if you need the passport urgently, it can be done in just two days. However, you will need to pay more than the regular fee.

It’s worth mentioning that Serbian citizens can travel visa-free to more than 160 countries around the world. So this goes to show that a Serbian passport is a very valuable commodity.

Serbia is one of the most stable countries in Eastern Europe. And it’s also one of the fastest-growing economies in Europe. This has made it a very attractive destination for investment and business opportunities. The visa-free travel option is just one of the many benefits that come with Serbian citizenship.

Acquiring Serbian Citizenship as a Foreigner

To acquire citizenship in the Republic of Serbia as a foreign citizen, you will need to meet the following basic requirements:

If you are married to a Serbian citizen and have lived in Serbia for at least two years, and you are able to prove that you are a permanent resident, you can be eligible for citizenship if you provide a written statement that says you consider Serbia to be your permanent residence.

The process is much easier than it is for foreign citizens who want to acquire Serbian citizenship. That does not mean that acquiring Serbian citizenship is difficult. As long as you meet the requirements and provide all the necessary documentation, it should not be a problem.

Your application will be considered by the Ministry of Interior, which can approve or reject it. If your application is approved, you will be issued a certificate of Serbian citizenship and will receive all the rights and obligations that come with this status.

If your application is rejected, you can appeal the decision within 30 days. But for the most part, if you are eligible for citizenship by naturalization, it is likely that your application will be approved.

After the past 18 months, the one thing you want for certain is additional options – greater optionality forms an essential part of any robust Plan B. And if you can get a solid second passport from a gorgeous European country for next to nothing in 2022, you should absolutely go for it.

PS: Contemplating a stint overseas? Discover all your best residency and citizenship options — with step-by-step guidance on how to apply — join Sovereign Confidential today.