Montenegro CBI: Last chance to get a European passport by investment (on the cheap) 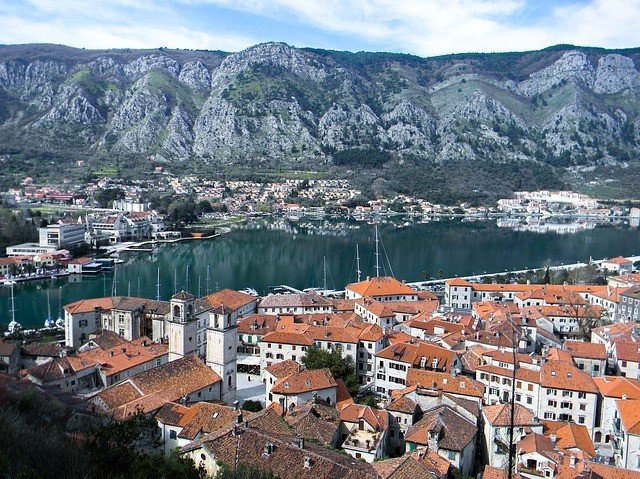 The past year has been an object lesson in why having a robust Plan B is non-negotiable. And having another place to call home forms a key part of creating one for yourself and your family.

Today we highlight one such opportunity – the Montenegro Citizenship By Investment (CBI) Program. But as it turns out, this is a fast-closing window of opportunity…

Situated in the Balkan Peninsula in Southeastern Europe, Montenegro is one of the quietest, greenest and most peaceful countries in the world. It offers a lot to location independent entrepreneurs and professionals… and especially those who value a very low-cost, low-tax, highly livable environment.

The country is the size of Connecticut, and was one of the countries formed after the collapse of Yugoslavia. (It declared its independence on 3 June 2006.)

Launched in early 2019, The Montenegro CBI Program offers numerous benefits worth considering. But perhaps the most salient benefit is the fact that the country is slated to join the European Union in 2025.

This means that its CBI passport will likely become an EU passport in around four years’ time (though there are no guarantees as to when or whether this will happen.)

You can learn more about the other available Citizenship By Investment Programs here.

And unlike Malta, the only other operating European CBI Program, the Montenegro program offers near-instant citizenship.

To qualify under the Montenegro program, you’re looking at a minimum capital layout of only €350,000 (~$427,234), excluding government processing and professional service fees, for investments in Northern Montenegro. And to qualify via investment in the country’s more developed southern region, you’re looking at a capital layout of €550,000 (~$671,195), excluding the above-mentioned fees.

But apart from its attractive price tag, why should you consider Montenegro for second citizenship by investment?

So for anyone seeking second citizenship in Europe as a back-up plan, Montenegro should make a lot of sense.

So given that the Montenegrin program is bound to cause friction during the country’s EU accession process, the government there has decided not to renew the program beyond its initial three-year validity period.

This means that you have less than seven months to get your application submitted.

And in fact, you’ve got much less time than that. We spoke with one of our associates on the ground, who confirmed the following:

In theory, you could submit your application on 29 December 2021 and still get qualified. But ALL of your supporting documentation has to be translated into Montenegrin before you can do that.

And given that Montenegro is a small country, there are relatively few translators who will be able to translate your documentation from languages like German, Dutch, Chinese or French to Montenegrin.

And even if your documents are all in English, a last-minute tsunami of applications is expected towards year-end. Hence you may not find a translator with capacity to do your translations in time, regardless of the language combination you need.

Our Montenegrin supplier, therefore, suggests starting your application by mid-September, latest, to avoid this potential bottleneck.

Also, the program will only be accepting 2,000 applications, so the available slots may run out before then if you don’t pull the trigger soon enough…

Sounds great. What other factors should I consider?

An important point to note is that most of the cheaper investments based in Northern Montenegro are share-scheme investments in hotels and ski lodges, rather than titled-deeded property investments.

Furthermore, with global tourism volumes being low to non-existent at present, you should therefore expect low or zero ROI on your investment in the medium term. Also, given the fact that the program is being shuttered at the end of 2021, you may also find that exiting your investment later may be challenging.

But even if you treat the entire capital layout as a donation, it is still a good value buy.