Getting PERMANENT Residency By Investment in Cyprus

Looking for an alternative to the Portuguese Golden Visa in an idyllic island location? Offering residency for up to THREE generations of family members with a single €300,000 investment, Cyprus’ Residency By Investment program packs a punch. Let’s get into the details below.

The Republic of Cyprus is an island nation situated in the eastern Mediterranean Sea, south of Turkey. It is the third-largest island in the Mediterranean, offering a laid-back island lifestyle in close proximity to Europe. Almost everyone on the island speaks English, however it is worth noting that around one-third of the island is under Turkish control.

Boasting a population of around 1.2 million, the island has a rich shared cultural history, and it has been a significant trade port through the centuries. The country is also home to one of Europe’s most compelling Golden Visa programs.

Let’s have a look at how it stacks up against one of the most popular Portugal’s Golden Visa below: 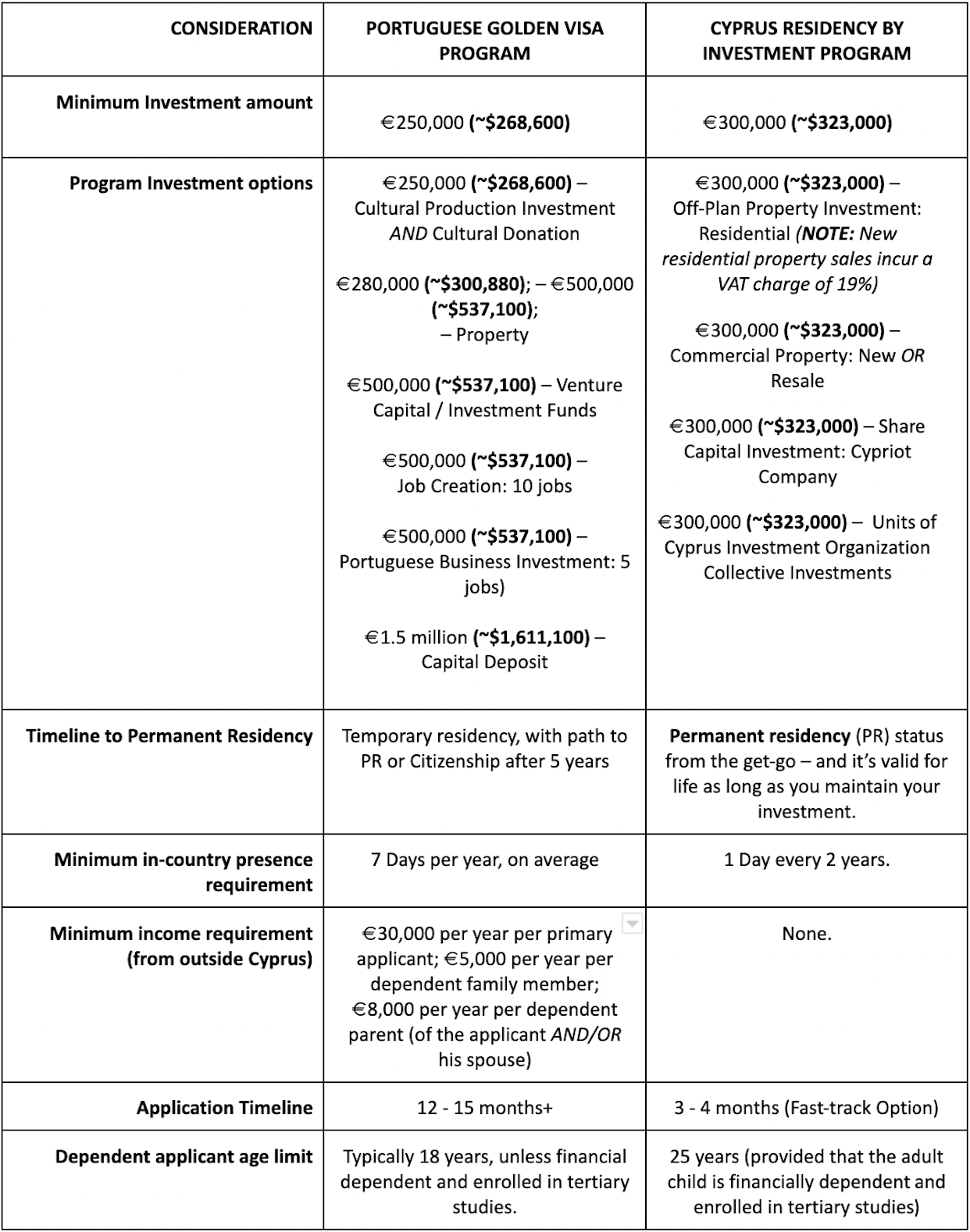 What makes the Cypriot program so compelling?

If you don’t mind your European Plan B destination being situated outside of continental Europe… And if you’re looking to buy a holiday home in a capital city, rather than in the sticks… AND you’d like to gain residency for THREE generations of family members, rather than just for you and your spouse, then the Cypriot Residency By Investment program might be well worth considering.