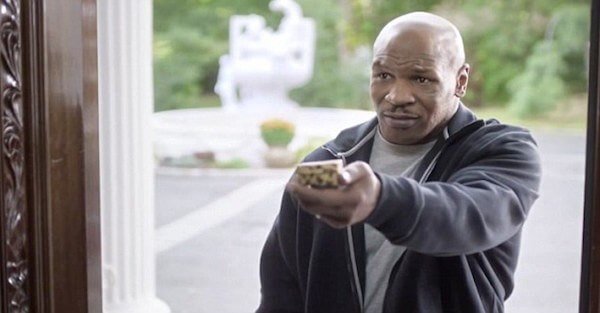 It was just over two years ago that “The Grilled Cheese Truck, Inc.” began trading in the US stock market under ticker symbol GRLD.

GRLD was exactly what it sounds like– a truck that sells grilled cheese sandwiches.

Yet despite a history of heavy losses, the stock market valued the company at an extraordinary $107 million.

Skeptical investors would have been sharp to call that the peak of the market.

Yet the irrational exuberance continued.

That too seemed like the peak of the market’s insanity. But that turned out to be a premature feeling as well.

Now we see none other than Iron Mike Tyson shilling for a Vanuatu/Latvian brokerage firm, enticing small investors with offers of 400x leverage.

It seems all we are lacking at this point is a Fortune magazine cover with a “DOW 100,000” headline.

Maybe it is the peak. Or perhaps the gains will continue.

Fortunately our job isn’t to make precise predictions; it is to assess risk and avoid taking any which (a) is unnecessary, and (b) fails to offer returns that vastly compensate for the probability of loss.

We have pointed out before that the US stock market’s average Price / Earnings ratio is at highs typically not seen except prior to spectacular declines.

See the chart below, which shows the “Cyclically Adjusted” Price-to-Earnings ratio, or CAPE, at 29. The long-term average is 17.

As Alhambra Investment Partners point out, investment analysts were forecasting back in October that US companies in the S&P 500 would generate $29 in earnings for the 4th quarter of 2016.

As the Q4 earnings reports started rolling in last month, the estimate dropped to $26.37.

Since that time, with now almost all companies now having reported, the current figure is $24.15 – a decline of 8.4% in just four weeks.

That’s bad news for passive “index” investors who are, by default, exposed to every single one of the companies in the S&P 500– most particularly the expensive ones.

Most people don’t realize this, but the S&P 500 does not equally weigh its 500 constituent companies.

So if you buy a traditional index fund, you are allocating the majority of your capital to popular companies, and very little capital to overlooked gems that are inexpensive and undervalued.

This is the opposite of what value-oriented investors should be doing.

As Ian Lance of RWC Partners points out,

“Passive [index] investors in 2000 were allocating large chunks of their money to bubble stocks like Cisco, Sun and Yahoo, and also to accounting frauds like Enron and Worldcom which were on their way to zero.”

We have little experience gambling, but we’re pretty sure that you can’t prosper by betting on every number at the roulette table.

That’s essentially what index investing is. And, like casino games, the market is rigged against individual investors.

Never forget that the world is a big place.

And if your stock market is irrationally overvalued, you have the freedom to allocate your time, effort, and capital to more attractive, undervalued investments elsewhere.