And the best performing stock market in the world is. . . 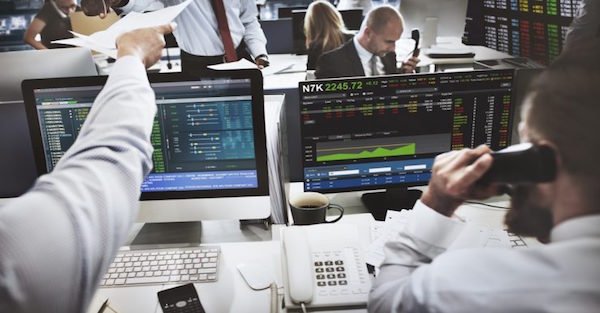 It’s not the United States. Or Canada. Or China.

The answer is Venezuela, whose primary stock market index over the last year is up nearly SEVEN FOLD, from 11,700 last summer to a record 72,700 today.

At face value it would seem that anyone who had invested in Venezuela stocks is an absolute genius and swimming in money right now.

But remember that Venezuelan stocks are denominated in local currency.

Officially the Bolivar’s exchange rate with the US dollar is around 10:1. But due to the country’s hyperinflation, the black market rate is closer to 6,000:1.

And that black market rate is also up nearly 7-fold over the last year.

So anyone who had purchased Venezuelan stocks last summer might be up hundreds of percent if you measure performance in bolivares.

But in US dollars you’d actually be down a bit.

This is one of the hallmarks of inflation; it’s not just retail prices that increase. Asset prices rise as well.

But it’s not real wealth.

Think about it– if the value of your home increases by 2% per year, and inflation is also 2% per year, you have zero gain in prosperity.

Or another example: if stock prices increase by 10%, you then have to pay state and federal tax on your capital gains.

Maybe you have 7% left over. Then take out 2% (or more) for inflation. You’ve lost half of your gain.

Ok, still, maybe not a bad sum. But compare that return against the risk that you’re taking: is 5% worth the risk?

This is one of the most insidious effects of inflation: we put up with rising prices because we think that we are becoming more prosperous over time, even though the opposite is usually true.

Inflation is like a cancer that slowly eats away at everything– the purchasing power of your savings, your income, and even your investment performance.

And the people who engineer it have been extremely clever.

Have you ever noticed that official inflation statistics are typically reported on a MONTHLY basis?

The most recent headline from the US Department of Labor’s Consumer Price Index, for example, reads “CPI for all items rises 0.2% in April. . .”

A more intellectually honest way of reporting would be, “Prices increased 10% over the last four years.”

That would be terribly inconvenient for policymakers.

But perhaps their most masterful stroke has been making people terrified of falling prices.

In economics, the dreaded ‘deflation’ is regarded as an absolutely horrific outcome.

The theory is that if prices fall by even just 1%, no one will go out and spend money.

Instead they’ll just sit on their savings and wait for prices to continue falling, and this will send the economy into a tailspin.

Deflation the most absurd fairytale in economics. And that’s saying a lot.

So rather than wanting folks to enjoy a small discount and build up a pool of savings, they’ve managed to convince everyone that a little bit of inflation is healthy and normal.

Losing 10% of your savings every few years doesn’t seem healthy or normal to me.