The myth of the “early bird” 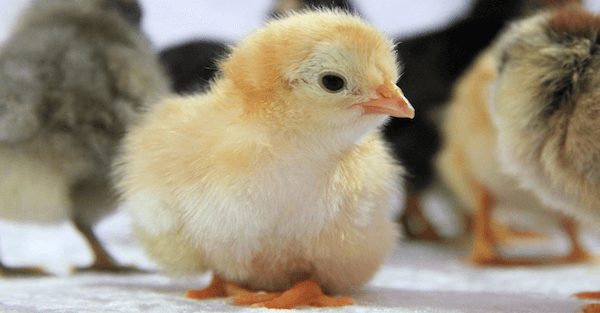 You’ve probably heard the saying “The Early Bird Gets the Worm. . .”

It turns out that expression is completely wrong, both literally and figuratively.

This morning I was watching these new baby chicks run around and play on the lawn.

If you’ve never seen chickens up close and personal, their lives are pretty simple; they basically just wander around all day pecking at the ground looking for some insect or seed to eat.

Every time one of them would find a seed or worm in the ground, the nearby chicks would immediately dash over and start tugging at the food.

It was hilarious to watch, it just needed the Benny Hill theme.

But there was one chick who had it in her instinct to separate from the pack.

She didn’t have to go far– just far enough to be uninteresting to the rest of the chicks who couldn’t see past their own beaks.

Sure enough, after a while the solo chick discovered a treasure trove of worms nearby a compost pile.

While the other chicks were fighting over scraps, this one had a whole worm colony to herself.

That’s why the saying isn’t true. It’s not the early bird who gets the worm.

It’s the one who has the courage and independence of mind to avoid the crowd and go where everyone else isn’t.

Life, business, and investing aren’t so different than nature: we humans seldom succeed and prosper by following the crowd and doing what’s popular.

As I wrote to you last week, recent data show record numbers of small investors are piling in to stocks at a time when the market is near its all-time high.

Moreover, many of the biggest and most popular companies are in unsustainable financial positions.

Johnson & Johnson, for example, one of the largest companies in the S&P 500, had operating cashflow of $18.7 billion in 2016 according to its own annual report.

Yet the company spent far more than it earned– $22.8 billion– on dividends, share buybacks, debt repayment, and critical capital expenses.

This clearly doesn’t add up.

Yet the company spent even more– $44 billion– on dividends, debt service, and critical capital expenses.

Disney posted $13.2 billion in operating cashflow in 2016; but they spent $16.7 billion on dividends, debt service, capital expenses, and share buybacks.

And, pitifully, General Electric didn’t even have positive operating cashflow.

These are the honest to goodness results among some of the largest, most heavily weighted companies in the S&P 500 index.

And they’re representative of the much larger sample.

Iron Mountain is one of the hundreds of companies in the S&P 500 index that few people have ever heard of.

Yet the trend holds — Iron Mountain’s 2016 annual report shows operating cashflow of $544 million, but $835 million in capital expenses and dividends.

Stericycle is another small company within the S&P 500 index whose $547 million in 2016 operation cashflow was dwarfed by $2.1 billion debt service, capital expenses, and dividends.

While there are obviously some bright spots like Apple and Google whose businesses generate plenty of “free cashflow”, there’s clearly something wrong when so many companies are far out-spending what they make.

Yet this is precisely what people are buying when they dump their capital and retirement savings in the S&P 500.

Most rational investors probably wouldn’t buy even a single mature business that has negative free cash flow, let alone dozens or hundreds of them.

But for some reason it’s piling into an index fund that pools so many loser businesses together is considered some prized investment strategy.

Under these conditions in seems worth looking at different asset classes altogether.

Or even looking abroad.

Some friends of mine in the US recently told me that there’s a relatively new show called Criminal Minds: Beyond Borders.

Apparently each episode deals with some US citizen getting killed overseas… basically reinforcing the absurd stereotype that everything outside ‘Marica is inherently dangerous.

No doubt a lot of retail investors feel the same… that anything worth investing in is already in America, and that anything overseas is risky.

This is an incredibly short-sighted mentality that keeps people financially tethered to an irrelevant anachronism like geography.

The reality is that the world is a big place full of undervalued opportunities.

And there are plenty of big worms out there for anyone willing to put a little distance between you and the herd.