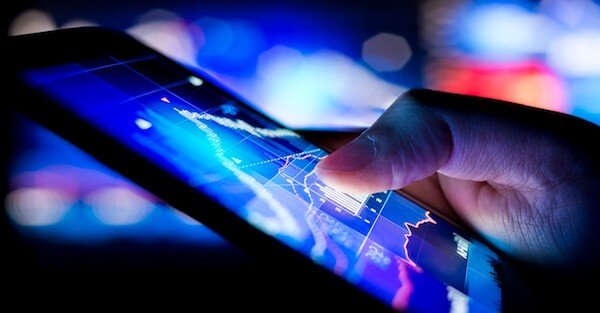 One of the greatest investors in the world is getting worried…

Howard Marks is the billionaire founder of Oaktree Capital, one of the largest and most successful investment firms in the world.

A few times each year Marks write up his thoughts about financial markets– he calls them ‘investment memos’.

And he just released his latest one with a very clear message: it’s time to be cautious.

I think it’s better to turn cautious too soon (and thus perhaps underperform for a while) rather than too late, after the downslide has begun, making it hard to trim risk, achieve exits and cut losses.

Marks admits this bull market could continue. But he’s happy taking chips off the table in today’s particularly dangerous market.

Asset prices are high across the board – the S&P 500 is trading at 25 times trailing 12-month earnings compared to a long-term median of 15 – and prospective returns are low.

Just this morning the Wall Street Journal published data from Yardeni Research showing that percentage of ‘bearish’ investors who believe that the market will fall is near its lowest level since 1987.

The Volatility Index (VIX), a statistic which measures ‘fear’ in the market place, is at its ALL-TIME lowest point in its entire 27-year existence – hitting 8.84 last week, compared to above 80 in 2008.

The index was last this low when Bill Clinton took office in 1993, at a time when there was peace in the world, faster economic growth and a much smaller deficit. Should people really be as complacent now as they were then?

– North Korea is threatening to nuke the US
– Donald Trump is firing his entire cabinet
– The Federal Reserve has dropped interest rates to record lows and drowned the world in trillions of dollars of cash
– Debt levels are at record highs
– Entire banking systems, especially in Europe, are in need of massive bailouts
– The US government will run out of money in less than 90-days and hit the debt ceiling once again

We’re eight years into the current bull market. Stocks have been rising for eight straight years– the second-longest winning streak in history behind the S&P 500’s 417% gain between December 1990 and March 2000.

And investors seem to see nothing but clear skies ahead.

And their false sense of security is pushing them to take on greater amounts of risk.

In other words, pitiful, low quality companies that few analysts expect them to even remain in business are able to borrow money at just 6%.

We recently wrote about Netflix losing $2 billion over the past 12 months. Yet the company’s stock price continues soaring to all-time highs.

In May, Netflix issued more than a billion dollars in debt at a rate of just 3.625%.

The answer is probably no. Marks shares his thoughts on Netflix’s debt:

Is it prudent to lend money to a company that goes through it at such a prodigious rate? Will Amazon or Google be able to loosen Netflix’s hold on its customers? Is it wise to buy bonds based on a technology position that could be overtaken? Positive investor sentiment has taken the company’s equity value to $70 billion; what would happen to the bond price if worries about rising competition took a bite out of that one day? Should you take these risks to make less than 4% per year? In Oaktree’s view, this isn’t a solid debt investment; it’s an equity-linked digital content investment totally lacking in upside potential, and it’s not for us. The fact that deals like this can get done easily should tell you something about today’s market climate.

In addition to appetite for their bonds, the “FAANG” stocks – Facebook, Amazon, Apple, Netflix and Google – are priced for perfection.

The market believes these stocks have cemented their leadership positions and cannot be unseated. But the future is always uncertain.

And throughout history, plenty of “can’t lose” companies – like Kodak, Xerox, Yahoo, etc. have fallen from grace.

I’d encourage you to read Marks’ full memo here. It’s one of the longest he’s ever written.

And remember to be prudent today…

There’s a global glut of liquidity. Asset prices are sky high across the board.

Investors are happily taking large risks for low returns. And they’re as complacent as they’ve ever been.

This is the type of behavior that takes place closer to a market top than a market bottom.

So it’s OK to take some money off the table today. Yes, you may miss out on future returns.

But you can also be 100% certain that money will be safe when the markets turn… And you’ll have more cash to take advantage of any bargains.

To repeat Marks’ initial warning… It’s better to turn cautious too early than too late.