Americans: This is how free you really are. 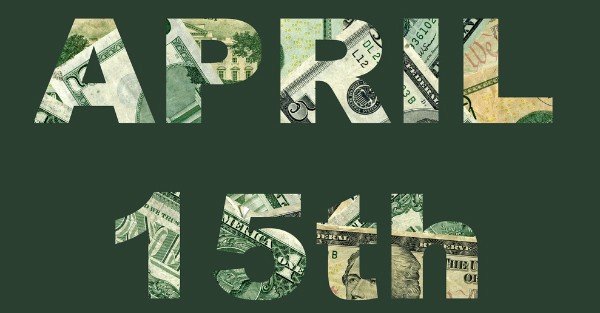 Among all the great stories and conversations passed down from the ages, probably my favorite is one from the ancient historian Lucius Cassius Dio about Roman emperor Caracalla.

Caracalla ruled in the second century AD, and he was notorious for bankrupting the Roman treasury and waging costly, unnecessary wars.

Dio tells us that Caracalla made “one excuse after another and one war after another; but he made it his business to strip, despoil, and grind down all the rest of mankind.”

Under Caracalla, Rome was broke. And Dio recounts a story between the emperor and his mother Julia:

Julia to the emperor: “There is no longer any source of revenue, either just or unjust, left to us.”

The emperor replied, pointing to his sword, “Be of good cheer, mother: for as long as we have this [the sword], we shall not run short of money.”

Caracalla’s words summed up Roman tax policy at the time. It is perhaps not too far from modern tax policy either.

Today is tax day in the Land of the Free– the deadline for roughly 150 million individual tax returns to be filed.

Of course, those who refuse will be hauled off to prison at the point of a gun (we’ve advanced beyond swords). And everybody knows it.

The IRS is legendary in this respect. Those three simple letters inspire fear, dread, and panic across the world.

The IRS “brand” is probably almost as famous as Coca Cola… but for all the wrong reasons.

It seems completely incongruent for a nation that is supposed to stand for the ideals of freedom and justice to be world famous for its medieval prosecution of tax policy.

And there’s one clear example that I want to tell you about today.

If you are a US taxpayer with foreign financial accounts (such as a bank, brokerage, or potentially even a gold storage account overseas), there’s a fairly new disclosure form that you must file to the IRS today along with your 1040.

It’s called form 8938. And if you’ve never heard about it, I definitely recommed you speak to your tax advisor pronto.

Like all of these other tax forms, they threaten you with all sorts of fees, interest, penalties, and of course, jail time.

(The US is one of the only civilized countries in the world where taxation creates -criminal- liability. Again, totally incongruent.)

What’s interesting about this is that it’s possible there could be certain instances and certain places in the world where the local privacy laws could make it -illegal- to disclose this information to the IRS.

But the US government doesn’t care.

And on page 7 of the instructions for form 8938, they say that even if “a foreign jurisdiction would impose a civil or criminal penalty on you if you disclose the required information,” then they still expect you to file the form.

Is this really what a ‘free society’ puts its citizens through?