Australia wants to tax bank deposits. Does anyone think the US won’t? 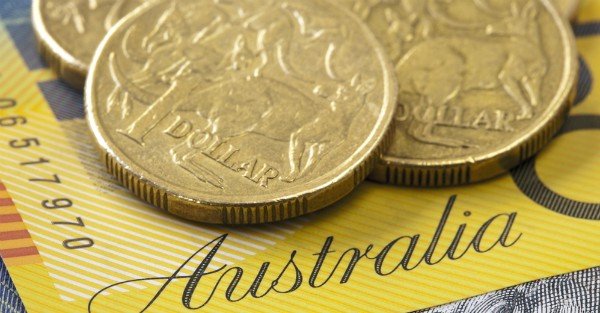 Their idea was for the money to be invested in a rainy day Financial Stabilization Fund to insure against in the unlikely event of a banking crisis… or all-out collapse.

And as of this morning, it looks like the levy might just pass and become law in Australia. All parties support the idea. Which means that Australia might just have a tax on bank deposits starting January 1, 2016.

To be clear, the proposal seems to plan on taxing the banks based on the amount of deposits they’re holding—but it’s pretty obvious this will be passed on to consumers in the form of lower interest rates.

Let’s look at what this means:

1. Taxes on bank deposits are generally the same as negative interest rates. Australia is a rare exception.

Interest rates on bank deposits in most developed nations are practically zero… if not already negative.

So charging a tax above and beyond this would clearly push rates (further) into negative territory.

I have, for example, a small bank account in the United States that pays me about .03% interest (three basis points). If the government imposes a tax of 5bp on interest of 3bp, I’m left with negative interest.

Australia (along with New Zealand) is a rare exception since interest rates are actually positive. You can get 2-3% on a savings account. So a 5bp tax still results in positive interest.

Of course, the proposal on the table right now is a 5bp tax. There’s nothing that says this can’t increase to 50bp over time.

When the United States government first imposed the modern federal income tax a century ago, the top tax rate was just 7%. These days that would qualify the US as a tax haven.

Over time, tax rates rose to as high as 92%. Tax rates can (and do) rise. And once they’re passed, they’re almost never abolished.

3. Taxes are rarely used for their stated purpose

Politicians create and raise taxes all the time for special purposes. And again, over time, they are often diverted away from those purposes.

In 1936 after a devastating flood in Johnstown, Pennsylvania, the state government passed a ‘temporary’ 10% tax on all alcohol sold in the state in order to help pay for disaster relief.

Six years later the work was complete. But the tax is still on the books (now at 18%), with all the revenue going to whatever the state lawmakers want to blow it on.

FICA is another great example. Though payroll taxes in the US were initially established to fund Social Security and Medicare, the federal government steals this revenue every year to haplessly try and plug budget deficits.

So a tax to build a financial stabilization fund might sound comforting in theory… but will all the revenue actually be allocated for that purpose? Doubtful.

4. If this can happen in Australia, is anyone foolish enough to think it can’t happen in the US or Europe?

Australia has a sound and sturdy banking system.

Banks in Australia are actually, you know, solvent. Capital ratios and liquidity rates are solid. Australia’s is a well-capitalized banking system—far more than in the US and Europe.

The numbers tell a very clear story. Banking systems across Europe in particular have had to be routinely bailed out over the past few years—Slovenia, Spain, Greece, Cyprus, etc.

In the United States it is perhaps even more absurd. Based on their own numbers, US banks are highly illiquid, still gambling away customer funds in trendy investment fads that will likely suffer an epic meltdown.

Backing up this little scam is the FDIC, which itself is pitifully undercapitalized to support any significant problem in the banking system.

Backing up the FDIC is the US federal government, which is already drowning in more than $60 trillion in liabilities (based on the most recent GAO report).

And supplying crack to the crack head is the US Federal Reserve, America’s central bank.

With net capital just 1.26% of total assets, the Fed is so pitifully capitalized they make Lehman Brothers look like Berkshire Hathaway.

So if the government of Australia is concerned that their well-capitalized banking system needs a safety net and wants to tax deposits for such purpose, how in the world can we possibly expect the US and Europe, with all of their banking system risk, won’t do the same?