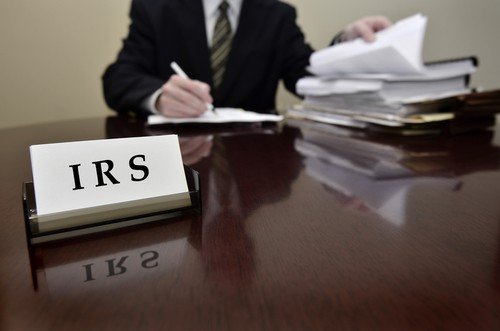 At the time, Roman taxation was so extractive that it drove people into poverty and desperation. Yet the government continued to forcibly plunder wealth at the point of a sword.

Not much has changed.

The Taxpayer Advocate Service, which is an independent office within the IRS, has just released a two-volume report describing the mafia tactics that are being employed by the tax collectors in the Land of the Free.

The Executive Summary alone is 76 pages. And believe it or not, it’s a real page turner.

On page 37, for example, the report states that the IRS largely assesses tax penalties improperly.

Specifically, the Office of the Chief Counsel admonished the IRS that it was not legally authorized to impose accuracy related penalties on certain taxpayers, and that the service should abate those penalties already imposed.

Yet the IRS declined to follow its own Chief Counsel’s legal advice, and it has refused to abate penalties for nearly 90,000 taxpayers.

In the words of the agency’s own Taxpayer Advocate Service, “The IRS’s failure to abate inapplicable penalties signals disrespect for the law and a disregard for taxpayer rights.”

Page 34 discusses how the IRS has abandoned its own checks and balances.

When a taxpayer is deemed to owe the US government money, the IRS is supposed to have a “collection due process (CDP) hearing” to verify that the IRS agent followed the law and consider whether the intrusion on the taxpayer was warranted.

Yet the report states that this has become nothing more than a rubber stamp formality, and that current practices “do not provide the taxpayer a fair and impartial hearing.”

In fact, among the most litigated issues at the IRS, the report states that “taxpayers fully prevailed only about two percent of the time.”

Moreover, the byzantine US income tax code, which runs to an incredible 72,000+ pages, “disproportionately burdens those who [make] honest mistakes”, especially as it relates to offshore disclosures.

In fact, the report acknowledges that “tax requirements have become so confusing and the compliance burden so great that taxpayers are giving up their U.S. citizenship in record numbers.”

It’s not exactly Emperor Caracalla pointing to his sword… but IRS’s policies and tactics are not so far off from a police agency.

They disregard the law and the advice of their own counsel. They disproportionately burden honest individuals. They flout due process. And they push people to abandon their citizenship.

These are mafia tactics, plain and simple. And like the Romans, Ottoman Empire, and French monarchy before, the tax system in the Land of the Free has become a desperate farce marked by fear and intimidation.

This is one of history’s obvious marks of a nation that has reached its terminal decline. We cannot seriously expect this time to be any different.