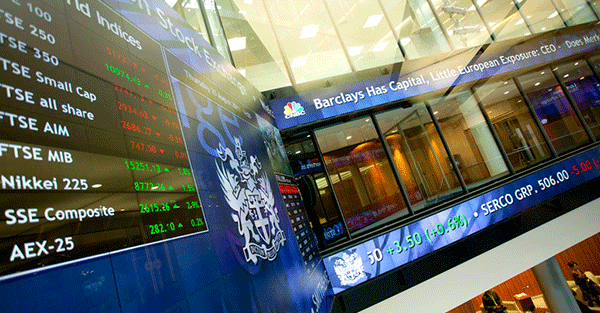 Recently I wrote to you explaining why I’d just purchased shares of Royal Dutch Shell.

Shell is a giant in the oil industry that’s been in businesses for more than a century. And while I almost never buy stocks, they were practically giving this one away.

When I bought Shell, the shares were trading for less than the company’s net tangible asset value.

In other words, the price I paid was essentially less than the company’s ‘net worth’, i.e. the total of their cash and assets minus all the debt.

This is like buying a beautiful home in a great neighborhood for less than the cost of its construction.

Bear in mind that Shell generates billions of dollars in profit each year and pays a substantial dividend to its shareholders of nearly 7%.

Given the cheap valuation and strong dividend yield, it felt like a no-brainer.

Now I don’t have any illusions about where this company is going.

I expect it could stay very cheap for a long time. It could even get cheaper.

I’m not trader, and I have no expectations that I’ve somehow magically timed the bottom.

But I’m quite comfortable holding shares of a well-managed, profitable company for many years.

And there’s one more that I haven’t told you yet that made this an even better investment:

Like many large multinational companies, Shell’s shares are traded on multiple stock exchanges around the world.

Each of these exchanges is located in a different country and subject to different rules and regulations. And nowhere is this more apparent than in matters of tax.

Whenever a company pays out a portion of its profits to its shareholders (known as a dividend), that dividend could be subject to local tax based on where it was paid.

In Amsterdam, the Dutch government charges a 15% withholding tax on dividends paid to foreign investors in most cases.

This means that if you buy shares of Shell through the stock exchange in Amsterdam, any dividend paid could be taxed at 15%.

However, if you buy the shares through the London Stock Exchange, there’s ZERO withholding tax.

That’s because in the UK they’ve eliminated withholding taxes on dividends paid by public companies.

But by buying them on the London exchange instead of Amsterdam, you save yourself 15%.

The offshore brokerage I use (which we have recommended to our premium members) allows me to easily choose which stock exchange I want to purchase the shares.

So literally with a click of a mouse button, it’s possible to boost your investment return by 15%.

This situation is not unique to Shell… or Amsterdam for that matter.

There are places where these tax rates can exceed 30% or more. And even if you are taxed on dividend income in your home country, chances are the tax rate will probably be a lot less than 30%.

And that’s precisely the point: dozens of nations have complex tax codes, each with substantial differences.

The key is being able to exploit those differences and use them to your advantage.

It’s perfectly legal to do, and sometimes it really is as easy as clicking your mouse button and saving 15%.

That’s 15%, by the way, that won’t be going to fund any destructive wars, bombs, body scanners, and debt.

This is a far better way to affect change than punching a chad in a voting booth.

If you’re dissatisfied with the immoral ways that politicians spend taxpayer money, you can cast a much stronger ‘vote’ by taking very simple steps like this to restrict their resources.

They don’t want you to know it, but you have a tremendous amount of power.

Because all it takes to beat the system in 2015 is an Internet connection, a bit of financial education, and the will to act.