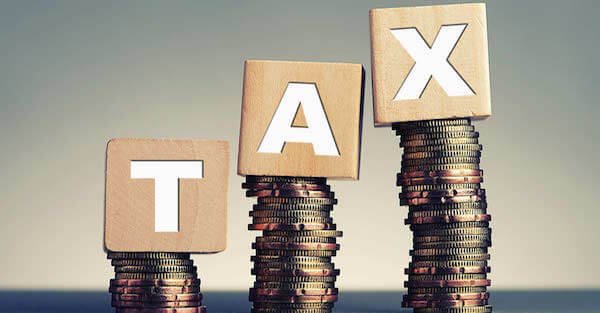 The US territory declared bankruptcy last May. A combination of a shrinking population, bloated pensions and a job crisis (in 2006, the US government repealed tax incentives that attracted manufacturers to the island) caused Puerto Rico to go broke.

Even in its fragile economic state, PR was planning on paying creditors $3.6 billion through 2022.

Then Hurricane Irma and Maria destroyed the island last September.

In addition to the physical damage, the storm also accelerated the island’s population shrinkage… before the storm, Puerto Rico estimated it would lose 0.2% of its population of 3.4 million each year over the next five years. Now, the government projects its population will shrink by 7.7% (more than a quarter million people) just in 2018.

Today, four months after the storm, 450,000 Puerto Ricans (roughly 15% of the population) are still without power.

Yesterday, facing a $2-$3 billion budget shortfall, Governor Ricardo Rosselló announced the island would pay back zero debt over the next five years.

Despite the horrible situation, I remained bullish on Puerto Rico’s future. Because the island has one of the greatest tax incentives I’ve ever seen for Americans – Act 20 and Act 22 – which would continue to attract new businesses and residents.

I’ve written plenty about Act 20 and 22 in Notes (you can read a more complete definition here).

You could move your business to PR (without relocating yourself) and let your profits build up minus the miniscule, 4% tax. Then, when you’re ready to pay yourself a large dividend, you would simply move to PR long enough to become a resident (for about a year), pay yourself a dividend… and pay ZERO tax.

As soon as you received the payment, you could move wherever you wanted.

For Americans, who are taxed on their global income, this was the single-best way to drastically reduce taxes I’d ever seen – and it was written into US tax law.

Act 20 and 22 remain. And while Puerto Rico’s tax incentives are still attractive, it will be more difficult for many Americans to take full advantage.

First, the new US corporate tax rate is 21% under the new law (down from 35%)… so the tax savings you’d enjoy in Puerto Rico are relatively less attractive based on that alone.

But the real sticking point is the new “global intangible low-taxed income” (GILTI tax). The GILTI tax essentially says you pay an effective tax rate of 10.5% on money you earn in a foreign corporation.

Even though Puerto Rico is a US territory, under the new tax plan, it’s considered a foreign country for GILTI tax purposes.

And because you need to hold a Puerto Rican company in your own name, as an individual, in order to take advantage of Act 20, the GILTI tax is a full 21% – bringing the effective rate to around 24% (4% of the income goes to Puerto Rico and the remaining 96% is taxed by the IRS at 21%).

You can still take full advantage of Act 20 and Act 22 (letting your money compound minus a 4% corporate tax, then paying yourself a dividend and paying 0% tax). But you actually have to reside in Puerto Rico the entire time.

Governor Rosselló believes the US government will change the rules for Puerto Rico to aid in the island’s recovery. But, for now, that’s how my personal attorney and I read it. We’ve spent countless hours analyzing the new tax bill (I actually read all 1,097 pages).

Again, you can still enjoy massive tax savings in Puerto Rico if you move to the island.

The tax bill also presents lots of other opportunities for business owners to cut their taxes to the bone.

In the latest Sovereign Man: Confidential (published today), I explain what I think is the single-best way for some Americans to reduce their taxes and indefinitely defer paying taxes on their income (while still using that money to buy property, assets, stocks, even crypto).

You can let the gains on these assets compound tax free… then pay yourself a dividend whenever the time is right (and be taxed at normal, dividend rates).

You can learn more about Sovereign Man: Confidential here.

My attorney and I are still analyzing the new tax bill. And I’ll continue to provide SMC readers with the best, new structures and strategies to reduce their tax bill.