If it’s such a privilege, why do they have to stick a gun in your face? 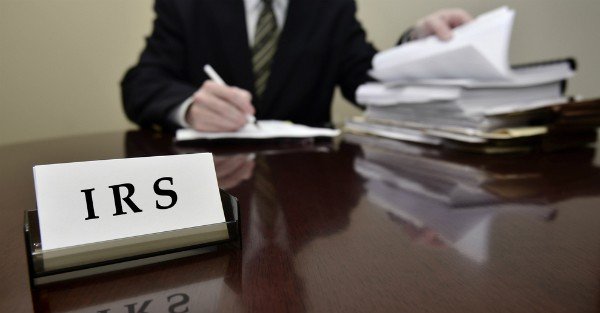 That’s how much time people in the Land of the Free waste each year preparing and filing their tax forms to the IRS– roughly 13 hours for each of the ~150 million individual returns filed.

And if you’re doing your own taxes this weekend, it may certainly seem like you’ve spent that 2 billion hours yourself just preparing your 1040.

To put this number in perspective, two billion hours is roughly the time it would take to walk to Uranus and back… which is a bit ironic given where you’d probably like to tell Mr. Obama to go stick his tax forms right about now.

Now, I’m not going to tell you today that taxes are illegal. Nor will I tell you that you don’t have to file.

I think taxes are morally reprehensible. Taxes rob an entire population of its financial resources in favor of a tiny political elite that has a long-term track record of incompetence and deceit.

Unfortunately, though, this humiliating exercise is forcibly perpetrated at gunpoint. So not filing your taxes can lead to very bad consequences. Just ask Richard Hatch.

As you may recall, Richard was the very first winner of the reality show Survivor.

What you probably don’t know is that Richard spent several years in prison on charges of “attempted tax evasion.”

I was astounded when he told me that ATTEMPTED tax evasion is a crime in the Land of the Free. It sounds more like Thoughtcrime.

People are brainwashed into believing that taxes are a ‘privilege’, and the “price we pay for civilized society.”

But if the society is so civilized, and it’s such a privilege, then why do they have to threaten people at the point of a gun?

It’s because the value proposition is completely upside down. Whether in the US, France, England, Spain, or Italy, people pay out the nose for taxes… and get very little in return.

It’s like forking over fifty bucks for a Big Mac– it doesn’t make any sense. There has to be a balance between how much you pay and the value that you receive.

And everywhere you look these days, that value is in serious decline.

Increasing chunks of governments’ budgets are going just to pay interest on the debt… not to mention absurd domestic spying programs, or destructive wars to go (as George Carlin joked) “drop bombs on brown people” in foreign lands.

Think about it as you write that check to the government– are you getting any value?

A few hundred years ago, the Founding Fathers certainly didn’t think so. As Samuel Adams summed up in 1764, taxes made the colonists “tributary slaves” to the British government.

And the taxes that they were paying were almost nothing compared to what people pay today. They would be astounded to find citizens in “free societies” paying 40%, 50% of their -income-, plus property, estates, sales purchases, imports, etc. to a massively bloated government.

Let’s go back in time together and explore this further in this week’s Podcast Episode: Taxation without Consideration.

Or in the iTunes store at:

(Please do take a moment to leave some feedback in the iTunes store.)