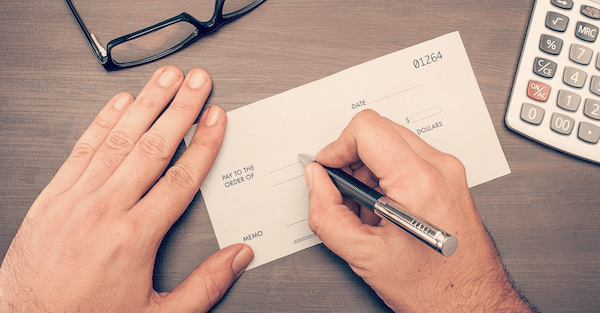 If you’ve been reading Notes from the Field for any period of time, you know I don’t like paying taxes. That’s why I’m living in Puerto Rico today paying almost nothing.

And no, it’s not because I’m doing anything illegal.

Puerto Rico is one of the most incredible LEGAL tax havens in the world; under special incentive laws that were passed by the government several years ago, it’s possible to pay just 4% on corporate profits, and 0% tax on investment income like dividends or capital gains.

Don’t get me wrong– the lifestyle here is REALLY nice. The beaches are exceptional, the weather is great, and I’ve been hanging out with a lot of interesting people who are down here doing the same thing.

But I’m not here for the lifestyle. I’m here because I believe I have a moral obligation to pay as little tax as possible.

People in the west are fed a line of garbage that if you don’t agree with your government, you make your opinion heard at the voting booth.

That’s a bunch of bullshit.

Voting accomplishes nothing; it doesn’t change the corrupt game, merely the players.

The far more powerful way to affect change is to use every legal means at your disposal to stop giving them your money. Starve the beast.

So the next time they waste billions of dollars on a website that doesn’t work, they won’t be doing it with your money.

Instead, you will be free to spend your own savings on what YOU believe is important.

For example, there are several people here that I’ve recently met who are privately funding a safe house for abused children here in Puerto Rico; I’ll be committing quite heavily to this.

Every year I use my tax savings to fund worthy causes that are either ignored or totally bungled by the government.

A few years ago in Nepal I paid for food and medicine to be delivered by helicopter to remote mountain villages, and to have the sick and elderly evacuated… because the government had totally screwed up their aid.

I even funded a new, prosthetic leg for a veteran whose treatment had been rejected by the Department of Veteran’s Affairs on the grounds that the procedure wasn’t FDA approved.

Now the guy is out competing in 5K races and even danced at his own wedding.

Today I’ve found another worthy cause to invest my tax savings: government employees.

But I also recognize there are literally hundreds of thousands of government employees and members of the military who are having a tough time making the rent as a result of this.

I read that there are 380,000 government employees who have been furloughed.

And another 420,000 are working without pay (they’re currently suing the government because forcing employees to work without pay is illegal – even for the Uncle Sam).

All these folks are having trouble paying their bills.

So I thought I’d use my tax savings to help furloughed government employees pay their rent.

So if you’re a US federal government employee who has either been furloughed or is working without pay, and you’re falling behind on expenses, here’s what you need to do:

And while I can’t infinitely fund all 800,000 people, I’m ponying up 5-6 figures to help out. And I’m even reaching out to friends to see if they’ll match my contribution.

On a final note… if you work for the NSA or you’re a member of Congress, don’t bother applying.