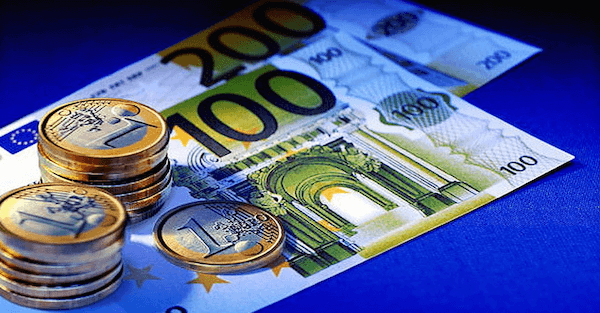 By the end of the 3rd century AD, the finances of ancient Rome were in terminal crisis.

Years and years of debasing the currency had resulted in severe hyperinflation– a period of Roman history known as the Crisis of the Third Century (from AD 235 through AD 284).

During the time of Julius Caesar, for example, the Roman silver denarius coin was nearly 98% pure silver.

And by the late 200s AD, the silver content in the denarius was just 5%.

As the money continued to be devalued, prices across the Empire skyrocketed.

Wheat, for example, rose in price by over 4,000% during the first three decades of the third century.

Rome was on the brink of collapse. And when Emperor Diocletian came to power at the end of the third century, he tried to stabilize the economy with his ill-fated Edict on Wages and Prices.

Diocletian’s infamous decree fixed the price of everything in the Empire. Food. Lumber. Salaries. Everything.

And anyone caught violating the prices set forth in his edict would be put to death.

Another one of Diocletian’s major policies was reforming the Roman tax system.

He mandated widespread census reports to determine precisely how much wealth and property each citizen had.

They counted every parcel of land, every piece of livestock, every bushel of wheat, and demanded from the population increasing amounts of tribute.

And anyone found violating this debilitating tax policy was punished with– you guessed it– the death penalty.

Every high school economics student knows that wage and price controls don’t work… and that excessive taxation bankrupts the population.

But that doesn’t stop governments from trying the same tactics over and over again.

Fast forward about seventeen centuries and Italy is once again in the same boat.

The Italian government is one of the most bankrupt in the world; its debt level is an unbelievable 132% of GDP– and rising.

In other words, the Italian government’s debt is substantially larger than the value of the entire Italian economy.

It’s almost as bad as Greece, and it grows worse each year as the national government routinely runs budget deficits.

Their only solution, of course, is hiking taxes and increasing regulation… exactly the opposite of what they should be doing.

And, just like the ancient Romans, the government is on a witch hunt for anyone they think (in their sole discretion) might be dodging taxes.

They already have a system in place called the redditometro, an automated tool for the tax authorities to comb through income and expense records of Italian residents.

The algorithm finds anyone whose expenses were higher than his/her income and presumes that s/he has been evading taxes.

The irony here is pretty profound given that the Italian government itself has expenses that are higher than its income.

After all, that’s how it ended up with such a prodigious debt level.

Earlier this month, however, the Italian tax authorities rolled out a brand new tool called risparmiometro. And this one is really insidious.

Risparmiometro goes through ALL financial records– credit card transactions, bank accounts, investment accounts, etc. to determine whether or not someone has too much savings relative to his/her occuption.

Think of the implication.

Under the redditometro system, if you spend too much money, they think you’re evading taxes.

But under the risparmiometro system, if you save too much money, they think you’re evading taxes.

But it gets better.

And if you’re not using the account frequently enough, the government assumes that it’s because you’re dealing in cash… and evading taxes.

I have no doubt that there’s a substantial amount of tax evasion in Italy.

I spend several weeks in the country every summer, and I see how much people and businesses are suffering.

And they’re definitely coming up with creative ways to survive.

But rather than take the necessary steps to liberate the economy, the government continues to double down on more taxes and more regulation… and then invest their remaining energy to develop new tools to spy on their citizens.

1) Nearly ALL bankrupt governments invariably resort to this tactic at some point.

2) It’s also a great way to engineer a banking crisis.

Think about it– Italy’s banks are already teetering on collapse. Some have already failed, others are almost there.

If Italians know that the government is spying on every transaction they make (or don’t make), who in his/her right mind would want to keep money in an Italian bank?

Anyone with half a brain will be moving funds to Switzerland or Austria.

Italy’s banks are so fragile, though, that they won’t be able to survive if even a small percentage of their depositors flee.

So as the Italian government rolls out this new tool in the latest campaign of its tax jihad, they’re all but guaranteeing widespread bank failure.