Tell me again… which of these nations is communist? 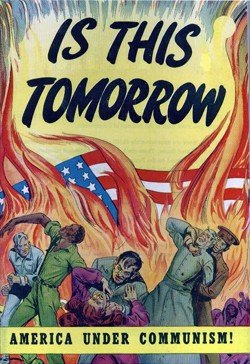 Tax policy really tells you a lot about a government… what politicians’ values and priorities are. People can SAY anything, but in a way, tax policy is putting their money where their mouths are.

For example, politicians like to talk about technology, efficiency and transparency. But just take a look at the tax code to see where they really stand. Estonia’s Taxation Act of 2002, which form the preponderance of that country’s tax code, is 43,370 words.

In Canada, the tax code is close to 1 million words. And in the US, the tax code is so daunting that simply the INSTRUCTIONS for form 1040 shatter the record books at 178,096 words… over four times the entirety of Estonia’s tax code.

US tax code is so massive, in fact, that the Government Printing Office charges $1,028 just to print a copy of it!

And for most taxpayers, it’s still virtually impossible to file online. It’s 2012 already, yet taxpayers in most ‘advanced’ western nations still have to carry around reams of paper as if we’re still using the telegraph.

Then there are the rates themselves. In places like France, Belgium, and Germany where the government confiscates the majority of what people earn, the message those governments are sending is quite clear: citizens are nothing more than dairy cows for the government to milk.

As I wrote yesterday, tax rates across the board in the United States are set to increase dramatically in 2013. For example, if you happen to kick the bucket on or before December 31st, the government will charge a 35% tax on the value of your estate that exceeds $5 million.

If you happen to kick the bucket on January 1st, however, the tax goes up to 55%, and the exemption goes down to $1 million.

Moreover, this exemption is not indexed to inflation. Which means that the more Ben Bernanke prints, and the more asset prices become inflated, the more people will fall into this category.

Again, the message they’re sending is quite clear– citizens, even in death, are dairy cows for the government to milk.

Perhaps most shocking is increase in dividend tax rates, set to rise from 15% to as high as 43.4%. Individuals who start productive businesses are being heavily penalized. Individuals who save their money and put it to work investing in other people’s businesses are being heavily penalized. This says a lot about government values.

Ironically, the new government of the People’s Republic of China has decided the REDUCE their tax on dividends. Years ago it was 20%, then dropped to 10% in 2005. Effective January 1st, though, the dividend tax rate in China will drop to a mere 5%.

Tell me again… which of these nations is Communist?