There is no ‘patriotic duty’ to pay more tax 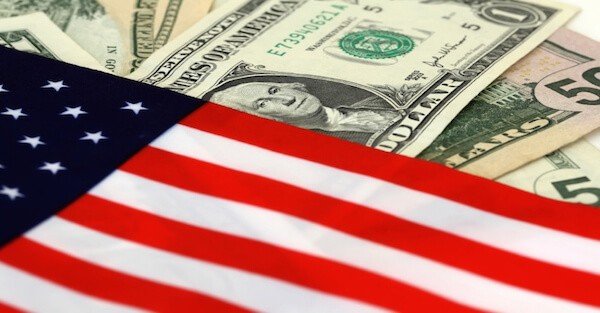 In 1873 during the administration of Ulysses S. Grant, the government abolished its income tax.

Aside from a single episode in 1894, there would be no income tax in the United States of America for nearly 40 years.

It was during this period that the United States emerged as the largest, most powerful economy in the world.

And the country achieved this with no income tax. No inflation. And very little public debt.

Today it’s entirely different. The dollar has lost over 99% of its value since 1913.

And the US has accumulated more debt than any other nation in the history of the world.

Entitlement program costs are soaring. The US government’s own figures estimate that the long-term funding gap for Social Security, Medicare, etc. exceeds $40 trillion. Many private estimates are several times that amount.

This is obviously concerning.

But what’s even more concerning is the complete lack of care and attention this issue receives.

Politicians continue to spend money with a dangerous sense of entitlement.

They believe that since they’re “America” they can do whatever they want without consequences, as if the laws of the financial universe don’t apply to the US.

And their judgment is clearly lacking.

They borrow money and go deeper into debt just to pay the interest on the amount they already owe.

And yet they continue to spend, often on the most wasteful and destructive things.

They throw money at failed programs. They hire armies of bureaucrats who make life more difficult for productive citizens.

They spend $2 billion just to build a website. Or a billion dollars to destroy $16 billion worth of ‘surplus ammunition’.

All of this is ultimately supported by taxes. Your taxes.

You see, the creditworthiness of any nation is underpinned by its ability to raise and collect taxes.

It’s a very simple calculus: when your government goes into debt, YOU are the collateral.

Whether you realize it or not, whether you signed up for this obligation or not, you’re on the hook. You’re the guarantor of your government’s debt.

So are your children and grandchildren.

Remember this as you’re standing in line at the post office to send off that annual tax return.

We’re told, of course, that in a Democracy we’re supposed to express our opinions at the voting booth; if politicians don’t do what we’d like, we fire them and replace them with a new batch.

That’s a catchy phrase for sure. But the reality is that voting is a completely ineffective, useless activity that consistently fails to change the system.

Some people may try, sure. Tax rates will go up and down. Spending will rise and fall.

But the prospect that an election can align the priorities of hundreds of politicians and tens of millions of voters is simply ludicrous.

Your real power as a taxpayer is to reduce the amount of money you owe to the government.

No, I’m not suggesting that anyone commit tax evasion or stop filing a tax return. This is a one-way ticket to the jailhouse.

But as Judge Learned Hand wrote in a 1934 tax case “Helvering v. Gregory”:

Any one may so arrange his affairs that his taxes shall be as low as possible; he is not bound to choose that pattern which will best pay the Treasury; there is not even a patriotic duty to increase one’s taxes.

There are ALWAYS legal steps you can take to legally reduce the amount that you owe– from using tax-deferred options like IRAs or 401(k)s, to even moving abroad.

US tax code, for example, provides a clear path for Americans to move overseas and pay no tax on the first $104,100 in foreign earned income.

Or you can move to Puerto Rico and pay absolutely nothing on investment income or corporate dividends.

I was just on the island a few days ago meeting with some of my attorneys there.

And despite what you might have heard about Puerto Rico’s post-hurricane condition, they are absolutely open for business.

You can even start a qualifying company there and pay just 4% corporate tax… and then 0% tax on the dividends you put in your pocket.

And there are plenty of ways to reduce what you owe, even if you don’t want to leave home.

There’s even a completely legal way to shield existing gains from taxation… forever.

This is particularly useful for early stage crypto-currency speculators who are looking for legal ways to reduce an enormous, looming tax bill.

[Special note to US crypto speculators: PLEASE do not forget to report any realized gains (i.e. sales or trades) of crypto to the IRS. These are taxable events, and the IRS WILL find out. Don’t be the sacrificial lamb. Report the income.]

Then there’s the very simple strategy of maximizing deductions and contributions to retirement vehicles, or setting up better, more robust retirement structures to be able to increase contributions even more.

Most people don’t realize how many options they have at their disposal to cut what they owe.

And in my mind, it not only makes obvious financial sense, but it’s one of the best weapons anyone has to fight back.

The only way the world can ever truly be ‘a better place’ is if the people who make it a worse place no longer have the financial resources to do so.