This guy’s got some serious tax problems 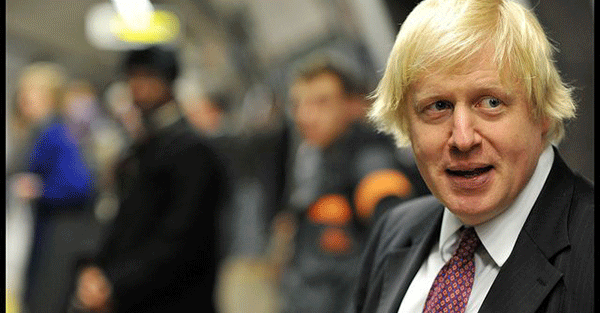 I can’t say I’ve known too many guys in my life named ‘Boris’ who were shy about standing up for themselves.

The name itself means ‘wolf’ in an extinct Turkic language.

And if the current mayor of London Boris Johnson is going go to toe to toe with the IRS as he has stated, I certainly hope the translation is accurate.

Mayor Johnson is what we call an ‘accidental American.’

Even though he’s British and grew up in England, he just happened to be born in New York.

Whether his parents realized it or not, and whether they wanted it or not, that instantly made baby Boris a citizen of the United States.

Fast forward a few decades, and Mr. Johnson had pretty nasty taste of life as an accidental American.

It was 2006. The then 42-year old Johnson was leaving England with his family for a summer holiday in Mexico, when they had a flight connection in Houston.

Upon arrival, he stood in the line for ‘non-citizens’ with his family, and when it was their turn, the immigration officer said, “[Y]ou have to travel on an American passport if you want to enter the United States.”

Problem #1: he didn’t have a valid US passport. So Boris Johnson was refused entry to the country of his birth due to this administrative technicality.

His wife was sent on to her connecting flight, but Boris had to buy a brand new ticket, fly to Madrid, and finally connect again from there to Mexico.

After this absurd affair, Mr. Johnson posted a very public (and hilarious) note on his website to renounce his US citizenship, in which he said, “I make this formal, public, and, I hope, legally valid renunciation. . .”

In order to renounce your citizenship, you have to jump through a bunch of hoops and actually get the government’s consent to do so. You cannot do this of your own volition.

Think about that for a moment: in the Land of the Free, you cannot freely renounce what you never signed up for to begin with. Bazinga.

And even though he had publicly renounced his US citizenship, and even though the profit isn’t subject to any local tax in the UK, the IRS still wants its fair share.

In other words, this person who had not lived in the US and just happened to be born in New York, who had already made good faith efforts to renounce his citizenship, was now being charged tax from the sale of a piece of property located IN ENGLAND.

He now claims that he will REFUSE to pay, denouncing the Land of the Free’s “incredible doctrine of global taxation.”

It is incredible. The US is one of the only nations on the planet which taxes its citizens on their worldwide income, even if they live overseas.

This is a dubious honor that America shares with the likes of… Eritrea.

What’s even more incredible is that if Mr. Johnson wants to go through the legal process of renouncing his citizenship at this point, it still won’t get him off the hook with the IRS.

And according to US immigration law, anyone who renounces US citizenship to avoid tax (which Mr. Johnson is clearly griping about) will be legally BARRED from entering the US ever again.

This is a completely absurd way to treat people… but one that has become the norm in the Land of the Free.

For most people, renouncing citizenship is a pretty extreme idea. But as we’ve written before, there are other options out there to legitimately reduce your tax bill.

We’ve discussed moving abroad– where between the housing deduction/exclusion, the foreign earned income exclusion, and SEP contributions, you can take in roughly $200,000 annually with minimal income tax.

The foreign earned income exclusion doesn’t generally apply to most investment gains, though.

In this case, Puerto Rico presents a unique option.

Because Puerto Rico is a US commonwealth, it has its own local tax system. And US citizens who obtain legal residency in Puerto Rico and fall under the local tax jurisdiction are NO LONGER required to pay US Federal Income tax in most cases.

The reason this is interesting is because recent legislation in Puerto Rico provides a lot of MAJOR incentives for new residents, including a 4% corporate tax in certain cases, and TAX FREE capital gains.

In other words, you can legally dodge most US Federal Income tax, capital gains tax, corporate tax, etc. by going through this process.

You can read more about it in this free report on tax structuring in Puerto Rico.

It’s a scaled down version of a more actionable ‘black paper’ that was sent to members of Sovereign Confidential a few months ago; hopefully it gives you a small taste of our premium service.

PS- watch out for our Black Friday/Cyber Monday promotion coming later this week. You won’t want to miss the incredible savings.