This new law will ensure you pay more for online purchases… 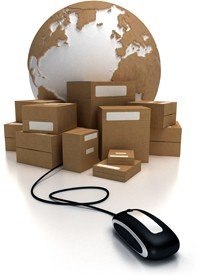 In another brilliant move aimed at destroying the few table scraps of economic freedom which remain in the Land of the Free, a bipartisan group of esteemed lawmakers in the United States Congress has introduced the Marketplace Fairness Act of 2013.

Remember the golden rule of legislation: the more noble the name of the law sounds, the more disastrous its results. This one is no exception.

Generally speaking in the United States, retailers must collect state and local sales tax at the point of sale. When you walk into a Main Street shop in Anytown, California, you’ll pay the sticker price PLUS hefty city and state sales taxes that can easily be 10% or more.

But if you purchase goods through the mail from a company in, say, Nevada or Oregon, either through the mail or online, no sales tax is charged. This goes back to a 20+ year old US Supreme Court decision which exempted out of state companies from collecting sales tax.

Well, according to the intellectual luminaries in Congress, local retailers are at a disadvantage, effectively having to charge 10%+ more for their products than an out-of-state retailer.

The Marketplace Fairness Act of 2013 aims to level the playing field by requiring online retailers to collect some sort of sales tax from their customers. Needless to say, if the bill is passed, it will be the customer who ends up paying the price.

The thinking on this is completely absurd.

One of the primary reasons people shop online is because online retailers have reduced overhead costs, and these cost savings are passed along to consumers in the form of lower prices.

That’s because this bill has absolutely nothing to do with fairness, and everything to do with the government taking more of your money. This bill constitutes STEP 1 on the road to a national sales tax, which, given the state of national and state balance sheets, is a financial inevitability.

It’s the most insidious form of deceit– creating new taxes masquerading as ‘fairness’. It’s a total fraud, brought to you by the same people who tell us that there is no inflation, and that we must sexually assault airline passengers in order to protect ourselves from men in caves.

Have you hit your breaking point yet?