2,000 years of history says this country should be on your radar 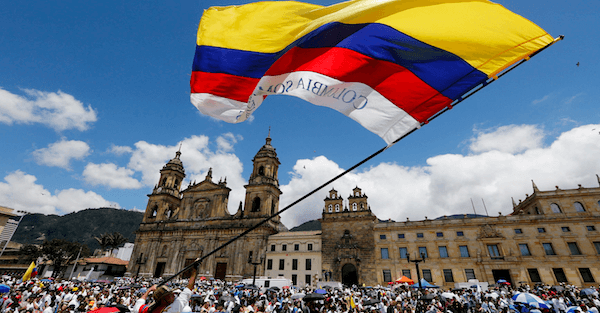 By the late summer of 30 BC, ancient Rome had been embroiled in an almost endless, decades-long period of instability and civil war.

Twenty years prior, back in 50 BC, Julius Caesar and Pompey the Great had waged a long, bloody conflict against each other for control of Rome, one that ultimately ended with Caesar’s victory… and his subsequent assassination.

With Caesar dead, Rome once again plunged into chaos, resulting in more years of bloodshed and warfare between Marc Antony and Octavian, Caesar’s grand-nephew.

By August of 30 BC, Marc Antony had lost the war.

And with Antony and Cleopatra’s famous double-suicide, Octavian (who was later known as Augustus) soon became Rome’s first emperor.

Romans welcomed the change. They were tired of war and yearned for stability.

And with his victory over Antony and Cleopatra, Augustus began a period of relative peace and stability known as the Pax Romana that would last for more than two centuries.

The benefits to Rome were extraordinary.

Liberated from the burdensome costs of war, Rome’s treasury became flush with cash, and the government invested heavily in much-needed repairs and expansion of infrastructure.

Their redeveloped network of aqueducts carried 300 MILLION gallons of water per day into the city from distant reservoirs, a volume that rivals major cities even in our own time.

They also improved their a highway system, which consisted of 51,000 miles of paved roads up to 24-feet wide.

Plus, with all the war savings, the government was able to eliminate certain taxes and simplify the tax code.

Trade and commerce flourished. Unemployment fell. Money held its value. Prosperity and opportunity abounded. And it lasted for decades.

The conflict against Communist revolutionaries and paramilitary forces began in this country more than 50 years ago. And it has been one of the longest and bloodiest civil wars in modern history.

The human cost alone, with roughly 200,000 dead, is absolutely appalling.

And the economic costs are incalculable.

Infrastructure is an easy example: Colombia has had pitiful, dismal road and rail networks for decades.

Every time the government built a road or railway, the revolutionaries blew it up.

Highways, oil pipelines, electrical infrastructure, and even Internet / mobile architecture have either been damaged, neglected, or outright abandoned as a result of the violence.

A simple 400 kilometer drive, for instance, between Colombia’s two largest cities– Bogota and Medellin– can easily take 8-10 hours due to the pitiful road conditions.

This has had a major, unimaginable impact on domestic trade and transport.

More importantly, the government has spent the bulk of its revenue for the past several decades on security and defense… and paying for it all through cumbersome tax increases.

But that’s all starting to change.

In late 2016, the Colombian government ratified a peace treaty that formally marked the end of the civil war– which included the FARC laying down its weapons and transforming itself into a political party.

And yesterday was the very first national election since the treaty was signed– a major step to demonstrate that the peace process is real.

15 million Colombian voters cast their ballots unimpeded. Contrary to gloomy expectations, there were no stories of polling stations being blown up or voters being gunned down in the streets.

It was a peaceful election.

And for the first time in longer than anyone can remember, the question of “What to do about the FARC” did not dominate the issues.

Instead, Colombians finally have the chance to prioritize something other than security– like, the kinds of economic reforms that are necessary to increase prosperity.

(Colombia has more than a dozen political parties, so there’s no clear majority; but two of the more conservative parties had a very strong showing yesterday, suggesting a shift towards pro-growth policies.)

Now, there are definitely still problems here, so it’s not all rainbows and buttercups just yet.

Smaller paramilitary groups are still operating in the countryside. There are a lot of people who are opposed to the peace treaty.

They have mountains of regulations and tax rules to unwind.

And on top of everything else, Colombia is now having to deal with a refugee crisis from neighboring Venezuela.

But it’s becoming more and more obvious that this country is getting up off its feet.

Exports and economic growth are rising– slowly, but the initial signs are encouraging.

There’s also an abundance of new infrastructure projects already in the works or in the planning stages– and these will likely provide a strong boost to commerce and trade.

I also expect a foreign investment bonanza in this country.

Colombia also has a huge population of 50 million people whose economic prospects are rising.

This is a pretty rare combination, which makes this country a great option for foreign companies seeking high quality, low-cost production with quick routes to both Americas and a robust domestic economy.

And for the first time ever, these projects and investments can finally happen without the constant, looming danger of civil war.

This is just the beginning.

And if history is any guide, the prosperity and benefits that come from this Pax Colombiana can last for decades.

So it’s definitely worth keeping Colombia on your radar as there will continue to be some very compelling business and investment opportunities here.