3 recent signs the market is broken 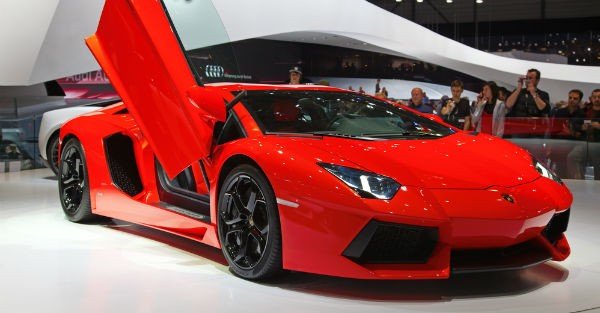 In a way it’s part of the rat race.

Anyone from a developed western nation is almost expected to start investing in the market at some point in his/her life.

“How’s your portfolio…?” goes the cocktail party conversation. Many men competitively compare the sizes of their positions as if they’re in a high school locker room.

And practically ALL the conventional wisdom in personal finance tells us to buy stocks.

We’re bombarded with advertisements and billboards hypnotically beckoning us to thrust our savings into the marketplace.

It’s often some salt-and-pepper haired couple walking on the beach, apparently quite secure in themselves.

Is it a Cialis commercial? No. It’s commandment #1 of retirement planning: buy stocks.

The broader investor class is bombarded with this mind-numbing mantra that stocks (plus mutual funds and bonds) are the only credible asset classes to consider.

Yet only a few professionals realize (or are willing to admit) that these markets are entirely broken.

The function of a market is to bring together buyers and sellers with a free-flow of information in order to discover the most appropriate price for any given asset.

This element of price discovery is one of the market’s most important mechanisms. And it is no longer functional.

When buying stocks, people no longer invest in businesses. They’re merely gambling on the whims of a single individual. Will Janet Yellen print, or not print? That is the question.

Here are a few obvious signs from the last month to underscore this point:

On April 30th, the US government released figures that US economic growth practically ground to a halt in the first quarter of this year.

This was on top of continued troubling economic news from China, Japan, and Europe.

And how did the market react to reduced growth in the world’s largest economies? The Dow Jones Industrial Average rallied to an all-time high.

This is not a ‘price’ connected to reality.

2. They actually believe it’s the weather

Many mass-consumer retailers from Wal Mart to Staples to Ford have posted significant earnings declines as compared to the same period last year. Their excuse? The weather.

Apparently the US consumer couldn’t get out there and shop because it was too cold.

Nevermind that luxury brands from Burberry to Lamborghini recorded record sales in the first quarter… as if wealthy people are impervious to the cold.

Yet, again, the major indices trade near all-time highs, willfully ignorant of the underlying economic rot.

Yields on junk debt are back down around 5% range, and the iShares High Yield Corporate Bond (i.e. Junk Bond) ETF is trading at a record high.

In other words, the market thinks that 5% is a reasonable rate of return given a significant likelihood that you could lose your money.

(To put this in context, the US government’s 1-year Treasury yielded about 5% as recently as 2001…)

All of these signs completely defy reality and common sense, indicating the market has lost all sense of rationality. We may very well have reached peak stupidity.

These conditions will ultimately drive people away from stocks and bonds (no doubt only after a massive decline), and hopefully expand their investment scope to other asset classes.

Rather than enslave your capital to the whims of central bankers in the stock market, for example, consider owning private businesses instead… where you can actually get back to the business of investing in business.

Productive farmland is another great investment class… and given the dismal supply and demand fundamentals of food, it’s a no-brainer over the next decade.

More on these in future letters.