3 signs we’ve reached ‘the top’ in the financial system 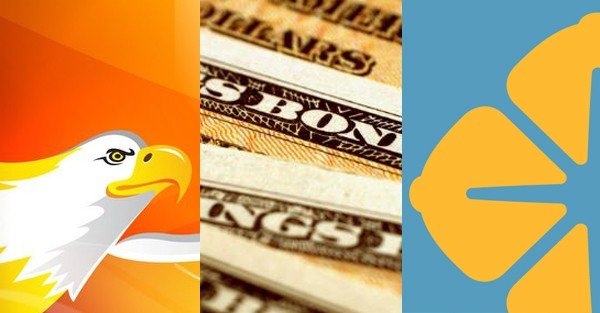 The city’s brand new stock exchange, located at the ultra-swanky Hotel de Soissons, swarmed with citizens of all stripes looking to get rich.

Stocks were still a novel concept back then, and the allure of getting rich overnight was so appealing that people lined up for hours to buy shares.

The most popular was the ill-fated Mississippi Company, whose share price frequently rose up to 20% in the course of a single morning.

It was said fortunes changed so quickly that people often woke up poor and went to bed rich.

Of course, it didn’t last. Within a few years, the market crashed, and the Mississippi Company went down in history as one of the greatest bubbles of all times.

Looking back it should have been obvious.

In fact, all great financial bubbles often have watershed moments that in many ways signify the height of lunacy.

Joseph Kennedy, for example, famously sold all of his stocks right before the great crash in 1929 after a shoeshine boy started giving him investment advice.

Pets.com, a symbol of the 1990s tech bubble, IPO’d just two years after it was founded with a $300 million market capitalization.

They were so flush with capital that they spent $2 million on a tacky Superbowl ad, only to go bust 268 days later.

Duh. It’s so obvious looking back.

I’ve long believed our entire financial system is in a similar position.

Western banking systems are dangerously illiquid and in many cases undercapitalized.

Meanwhile the central banks and governments meant to support them are nearly insolvent and bankrupt themselves.

There are a lot of flashing warning signs right now that the system is quickly running out of steam.

China’s vast, multi-trillion dollar stockpile of foreign reserves is dropping rapidly, down by $87 billion in November, the third highest decline on record.

A whopping $1.2 trillion worth of corporate bonds in the United States has just been downgraded by rating agencies.

Median home prices in over a third of major American cities have once again surpassed all-time highs from the last bubble.

US government debt is at an all-time high after rising an astounding $674 billion just in the month of November.

It’s pretty clear there’s an incredible amount of risk in the system.

And in the future when we look back and say, “It should have been so obvious,” here are a few events that may become famous watershed moments:

This is the biggest commercial loan in the history of the world, roughly equivalent to the GDP of Azerbaijan.

It’s incredible that anyone is able to borrow an amount like this, let alone at the low rate of just 1.1% above LIBOR.

It’s not a stretch to think that we may look back at this and say, ‘that was the top… what an obvious example of how much money central bankers have printed.’

Back in 2013, the yield on ‘high yield corporate bonds’ aka junk bonds dipped below 5% for the first time in history.

It shouldn’t have taken a rocket scientist to figure out how absurd that was, but now that the trend is reversing and the junk bond market is stalling investors are losing their shirts.

One hedge fund that had invested heavily in junk bonds just suspended redemptions for its investors, something only really done in times of crisis.

This could be the historical watershed moment that signals the beginning of the end of our massive financial bubble.

3) The POPPY Loan [my favorite]

So they just rolled out a new loan program called the Proud Ownership Purchase Program for You, or POPPY for short.

POPPY loans allow customers to borrow up to $2 MILLION with absolutely no money down.

And no, I am not making this up.

Oh, and you don’t have to take out private mortgage insurance (PMI) either.

If you’re not familiar, PMI is something that banks typically require when borrowers don’t contribute a sufficient down payment; it insures the bank against loss in case the borrower defaults.

So here the bank is taking 100% of the financial risk lending against property in an overpriced market that’s near its all-time high.

And they’re doing it with your money.

This is a story so familiar it’s as if they ripped it from the playbook of the 2006 housing bubble.

We know what happened. We know how that bubble ended.

Central banks have printed so many trillions of dollars that there’s hardly anything that makes sense in the financial system anymore.

This is not a consequence-free environment… it’s time to find safety.

Gold and silver are traditionally great hedges against systemic risk.

Physical cash, as we’ll discuss next week, may also be a good option. Especially given that there’s minimal downside in doing so.

Most of all, don’t ignore the risks or assume everything’s going to be OK because our politicians and central bankers are so smart that they can solve anything.

And they’ve obviously missed the message that 2006 called: he wants his bubble back.