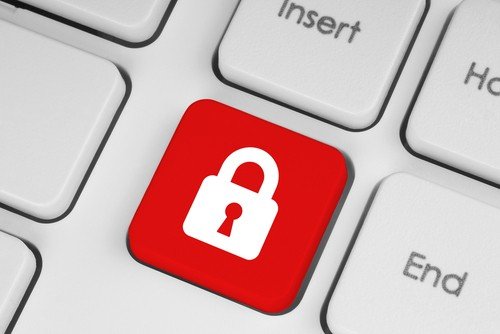 “Yes, I believe it is in the nation’s best interest to put all the phone records into a lockbox that we could search.”

— General Keith B. Alexander, Director of the NSA, September 2013

These government chimpanzees are truly amazing.

Despite an interminable series of embarrassing scandals, they just dig their heels in further.

There’s not a single bit of remorse.

Just like central bankers who keep printing money at all costs, these security spooks truly believe that their actions are righteous… and effective.

(Ironically, this out of touch, overzealous commitment to their cause is not dissimilar to the ‘terrorists’ they claim to be fighting.)

And their actions only suggest a continued assault on our privacy.

But here’s the thing– and this is good news. They’re not terribly competent.

Sure, some of the smartest people in the world work at the NSA. But anytime you take smart guys and roll them into a government agency, you end up with a debilitating bureaucracy and humiliating blunders.

Case in point– they didn’t properly design their new Utah data center, which is supposed to have enough storage capacity to archive decades worth of Internet traffic.

But it turned out to be too much computing power for one building. So the facility has been suffering a series of electrical fires and explosions, culminating in arcs of flame shooting across the server rooms.

(They still don’t understand the cause. But who cares, it’s just taxpayer money that’s being wasted…)

The NSA’s actions… and incompetence… is creating a sort of new war that will be waged online.

It’s a war pitting an authoritative, out-of-control government against savvy tech rebels who believe that privacy is a fundamental right.

And it’s playing out like the radar detector electronic warfare did several decades ago.

You remember when cops started using radar guns to check motorists’ speed. Then other companies created radar detectors to alert drivers if there was a radar gun in the vicinity.

Then the cops started using radar detector detectors. The technology kept improving, with each side trying to stay ahead of the other.

Then, of course, governments stepped in and passed laws prohibiting radar detectors.

But ultimately the private sector won. The ubiquity of smart phones and GPS devices means that motorists can alert each other to police activity through apps like Waze.

The private sector is always going to win. The profit motive is very powerful. And now there are strong ethical reasons for doing so as well.

The NSA’s entire spy apparatus can be taken down by a handful of smart, nimble 20-year old kids and a killer software idea.

You don’t need much in the way of capital or resources to get started in software… which means the private sector can afford to be much more nimble than the government, which is enslaved by its slow-moving bureaucracy and committees.

This already appears to be in the works.

Just a few days ago, the founders of SilentMail and LavaBit, two secure email providers that voluntarily discontinued their operations rather than submit to becoming NSA stooges, announced a new partnership called the Dark Mail Alliance.

Their aim is to create a universal, secure, open source email platform with robust defenses against spying. And it will be cross-functional with just about ANY email provider, automatically creating peer-to-peer encryption via ephemeral secret keys.

This is a great development in online privacy. And my bet is that the Dark Mail Alliance will be launched before the NSA can put the fires out at their new facility in Utah.

In the meantime, if you want to learn more about email encryption options, voice calls, chat, and cloud storage, check out our free report to digital privacy– How to Give the NSA the Finger (without them ever knowing).