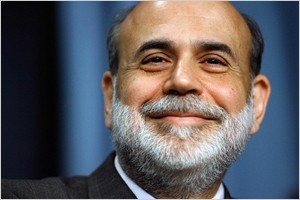 Capital controls are the ultimate ‘smoking gun’ to evidence the complete collapse of an insolvent government.

Only the most desperate governments have to restrict the free-flow of capital across their borders. And once they hit, you know the endgame is near.

India’s government recently hit the panic button, and in an effort to stem capital flight from the country, they cranked up import duties on gold bullion to 10%.

By taxing people on their gold imports, they are essentially providing an incentive to hold their paper currency, and a disincentive to own real money.

In the Land of the Free, the US government’s efforts have been even more subtle.

Over the last few years, they’ve cultivated an environment of fear and intimidation, threatening everyone with fines, imprisonment, and debilitating paperwork.

The IRS ran the oldest bank in Switzerland out of business and jailed foreign bankers.

They convicted Bernard von Nothaus and labeled him a ‘domestic terrorist’ for the grievous crime of minting silver coins.

They’ve thrown one set of regulations after another at foreign businesses, from Dodd-Frank to FATCA, arrogantly demanding that everyone in the world comply with US law.

As a banker friend of mine in Hong Kong once told me, “We are shit scared of the IRS.”

Their tactics are obviously working. And some firms are coping with this by simply eliminating their US customers altogether.

About six months ago, Sovereign Man first reported that Via Mat had dumped its US customers with a rather perfunctory ‘Dear John’ letter.

This was a big deal– a proverbial ‘canary in the coal mine’ moment. Via Mat has been in secure logistics business for a long time, and they have an extensive history providing vault services to house customers’ precious metals holdings.

That all went away in February.

Now another firm, Pro Aurum, has done the same.

Pro Aurum is another European firm with ultra-secure vault facilities across Switzerland, Canada, and Germany. And like Viamat, they recently decided to get rid of their US customers in order to avoid the regulatory hassle.

It’s ridiculous when you think about it. Pro Aurum barely has any US exposure at all. Yet they’re terrified of a bunch of desk-driving, paper-pushing tax bureaucrats in Washington.

This is really just another form of capital controls.

Rather than restricting Americans’ capacity to move funds abroad, they’ve simply created an environment so threatening and cumbersome that few firms are willing to do business with US customers.

It’s as if people’s savings will be stuck in the United States by default, simply because there are so few options available.

Now they have their eyes set on Bitcoin.

Earlier this week, a judge in Texas ruled in a fraud lawsuit that Bitcoin could be considered a ‘currency’. And almost immediately, the US government and New York Attorney General’s office announced comprehensive investigations into Bitcoin.

Of course, it’s all about terrorism, money laundering, and drug dealers. They have to investigate Bitcoin in order to ‘keep Americans safe.’

I’m not here to defend Bitcoin… or even make the obvious case for precious metals. What I want to point out is that everyone has a decision to make.

Every single piece of paper currency you own represents a promise that your government has made. It might say “In God We Trust”, but it might as well say Bernanke and Obama.

They’ve promised to be responsible financial stewards, and to conduct themselves in a way that preserves the purchasing power of your savings.

You either trust them to deliver on that promise, or you don’t.

If you don’t, it’s imperative to seek alternative stores of value. And quickly. Because as the capital controls transition from being subtle to undeniable, there will be fewer and fewer options available.