About that “pillar” of American democracy… 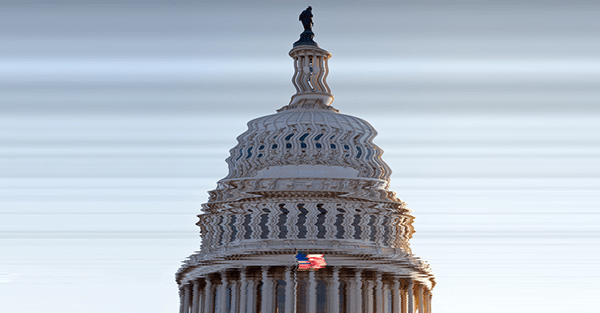 The series of debates in the contest to see who will become Captain of the Titanic is finally over.

And as the smoke clears from the evening’s entertainment, the main headlines are focusing on just one thing: Donald Trump’s pledged refusal to say he will accept the election results.

The media is spinning itself into an absolute frenzy over this, perhaps even worse than the Pussygate tape.

It started even before the debate, with yesterday’s headline in the Washington Post read, “Trump’s election-rigging allegations are affecting people’s faith in democracy”

The media is all collectively vomiting in disgust: how dare anyone question the sanctity and purity of American democracy?

I find this to be such a farce. The election itself is a complete farce.

Citizens aren’t even voting for President. The United States is still tethered to the corpse of an electoral college system that has its roots in the late 1700s, before the Constitution was even ratified.

The reality is that the President is chosen by 538 “electors,” who, in most cases, are not even legally bound to vote for the candidate to which he or she has pledged.

More than half of the states in the US have no laws to punish “faithless electors” who either abstain or vote for a different candidate, and most states have no procedure to void a faithless elector’s vote.

Admittedly, this electoral college system probably made sense… in 1789.

Back then it was too difficult and logistically challenging to have a nationwide election since transportation was so slow and dangerous.

So I can understand why the Founding Fathers established this system in the early days of the nation.

But the fact that this system is still used in 2016 is a complete joke.

They pretend that America’s representative democracy is the most advanced and pristine in the world, and yet it’s still based on a system in which the people aren’t even voting for President.

By definition this is NOT representative democracy.

As for the allegations of rigging, this is one of the things that drives me crazy about the election.

I’m not “for” any candidate. But I’m completely revolted at the blatant anti-Trump media bias.

The Huffington Post, for example, cannot even mention Donald Trump without adding an editor’s note at the end of the article saying

“Donald Trump regularly incites political violence and is a serial liar, rampant xenophobe, racist, misogynist and birther who has repeatedly pledged to ban all Muslims — 1.6 billion members of an entire religion — from entering the U.S.”

Great. We all understand that you think he’s a bad guy.

But what’s sorely lacking is the anti-Hillary editor’s note, something that would read:

“Hillary Clinton is a pathological liar and sociopath who has spent decades engaging in criminal misconduct and abusing her power to enrich herself and her supporters.”

Of course, you’ll never see that. The media still get starry-eyed whenever candidate Clinton walks into the room. It’s revolting.

The one that I find most disturbing is the story that Hillary made up about landing in Bosnia in March 1996.

She claimed that she landed “under sniper fire,” and that they all “just ran with our heads down to get into the vehicles to get to our base.”

Then a video surfaced showing what really happened when she and her daughter landed in Bosnia– it was all hugs and kisses and photo ops. No sniper fire. No running to the vehicles.

Hillary claims to have “mis-remembered”.

Funny thing, when former NBC News anchor Brian Williams “misremembered” being in danger during a ride in a marine helicopter, the guy was crucified and lost his job.

In fact, the people who had the biggest conniption fit over Williams’ misremembering was the media itself. His colleagues turned on him in a nanosecond.

Yet when Hillary misremembers the media gives her a pass.

My dictionary describes the word “RIGGED” as when there’s deliberate activity to produce a result that is advantageous to a certain person.

Well, when the media bias is so brazen, overwhelming and one-sided… RIGGED is absolutely an appropriate word to use.

It’s not sad or disgusting that Trump is questioning the purity of the process or alleging that the election is rigged against him.

It’s sad that it’s actually happening… and that the establishment which is actually doing the rigging refuses to even entertain the possibility that it’s true.

This is banana republic stuff, plain and simple.